Chandigarh: Aam Aadmi Party has sought withdrawal of the vendetta cases registered by Bathinda police against the linemen for agitating at the SAD rally on Baisakhi on Wednesday. AAP also criticized the police for abusing the protester in the presence of senior officers and tearing their turbans. 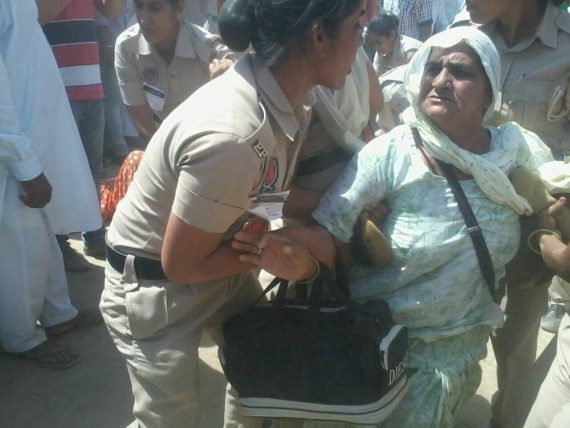 A view of lathicharge outside Badal Dal conference at Talwandi Sabo

Demanding strict action against the police officers who were involved in the barbaric act, AAP Punjab Convener, Sucha Singh Chhotepur said, “The police of so called ‘Panthic Government’ is thrashing people for demanding jobs on the day of Baisakhi, Badal used to compare himself with  Maharaja Ranjit Singh but he is Aurangzeb in real sense.”  “Is demanding job a crime in ‘Badal Raaj’?” asked Chhotepur. 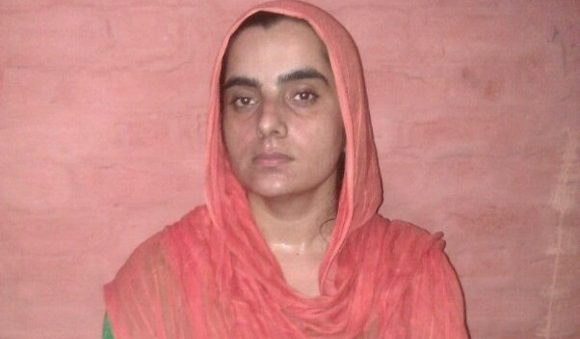 “Women were beaten up and an year old child Jashandeep and 5 year old Sehajdeep had to spent night in the police custody.  Harsimrat talk a lot about Nanhi Chhaan on television, why has she not uttered a single word in this regard?” asked AAP women wing Chief, Prof. Baljinder Kaur.

“Human Right Commission should intervene in the matter of putting minor children in the police custody that too without committing any offence.” demanded Baljinder Kaur.