Faridkot: Dal Khalsa took ex-DGP Sumedh Singh Saini to task for falsely raising a hue and cry on the arrest of IG Paramraj Singh Umranangal. The organization is of the considered view that in order to blackmail the ruling class, the infamous top cop has raked up Referendum 2020 proposal, which in the real sense is a survey or an opinion poll to see how many Sikhs are in favour of Punjab’s independence.

The Special Investigation Team is progressing in the right direction and we urge the Govt not to get overawed by the false alarm of Sumedh Saini who ‘heart in the heart’ knows that his arrest is imminent, said party spokesperson Kanwar Pal Singh. 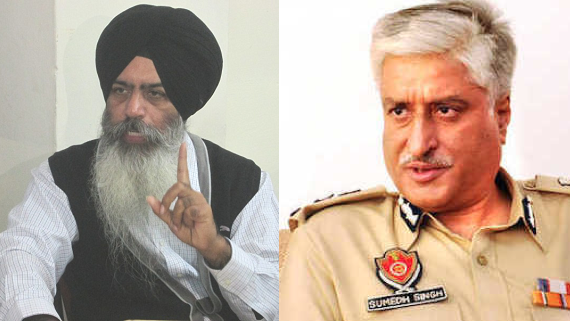 Justice Ranjit Singh Commission has more than adequately indicted Umranangal for his involvement in the deaths of two protesters at Behbal Kalan in 2015.

“Saini’s unlawful acts cry for legal action against him and the people of Punjab, especially the aggrieved families eagerly await for the day when the law will catch the bull by its horns”.

It has been more than adequately established that punishing guilty cops does not demoralize the force. On the contrary, punishing them instils the fear among those police personnel who want to act beyond the ambit of the rule of law. Enforcing the rule of law is the prime duty of the state, said he.