A release dated 16 October 2019 was received by Sikh Siyasat News (SSN) from the SCCEC on Sunday (October 20).

“Sikhs have been in USA for more than 100 years but it was not until October 16, 2019, that a Sikh invocation was done in US Senate” said Harjinder Singh, Media Spokesman of Sikh Coordination Committee East Coast, USA. 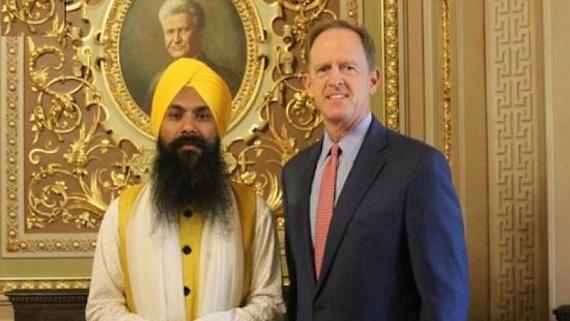 “Following the prayer, Senator Toomey paid effusive tributes to Sikhism and spoke about the enormous contributions of Sikh Americans to USA. He also expounded on the universal message of Equality of entire Humankind given by Guru Nanak 500 years back. He talked about Nanak’s rejection of the caste system and his guiding principles of meditation of One God, earning an honest living, and sharing it with the less fortunate”, reads a release issued by SCCEC.

Raj Singh who led a large Sikh delegation from North Eastern states to this special occasion was ecstatic to hear Senators statement given on the Senate floor.This is the way to take message of Guru Nanak to the whole world, said Singh, who is an entrepreneur in Delaware county Pennsylvania. 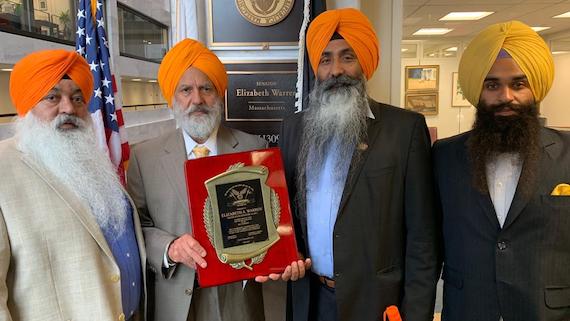 In the House of Representatives US Congressman Jim Costa of California paid similar tributes to Nanak and congratulated Sikhs on the 550th Parkash Gurpurab of Guru Nanak Ji.

In the evening in the Senate Dirksen Building, an Interfaith Conference was held to mark this occasion under the Chairmanship of Senator Toomey. Several US Congressmen, Multi-faith Religious leaders and many US Sikh leaders spoke at this interfaith dialogue.

Zeb Bhatti, a 17th generation descendant of Rai Bular Bhatti was a special guest of honor. He gave detailed accounts about the early life of Guru Nanak ji in Talwandi (the present day Nankana Sahib) with his ancestor Rai Bular Bhatti.

Sikh delegates from all over the country came to Washington DC to commemorate this occasion.