Gunbattle resumes at Indian Airforce Base Pathankot after blast

Pathankot/ Chandigarh: As per recent media reports gunmen attack on Indian Air Force base in Pathankot (Punjab) is still not over.

“Gunfire and blasts were heard on Sunday at an Indian Air Force base attacked by militants a day earlier, as security forces hunted two gunmen still at large in the sprawling facility near the border with Pakistan”, reports Reuters.

The police official have reportedly confirmed that some gunmen (supposedly two) were still active in Pathankot Air Force base. 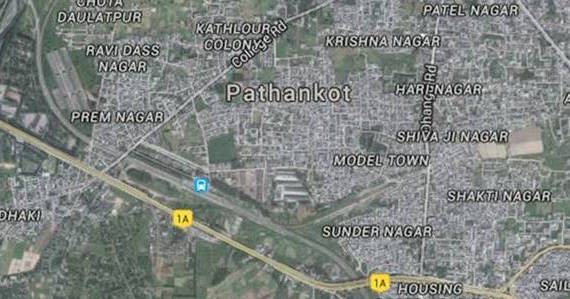 Earlier the pre-dawn Saturday attack was declared to be over. As per media reports five attackers and at least six Indian military personnel were killed.

Indian politicians had already praised the armed forces for their heroism in Saturday’s 15-hour shootout, with Prime Minister Narendra Modi saying they did not let the “enemies of humanity” who attacked the base succeed, notes Reuters.

At the moment our understanding is 4 terrorists have been killed & 2 are being engaged now, says Sukhbir Singh Badal, Deputy CM Punjab – ANI.