Chandigarh: The Punjab unit of Bhartiya Janata Party (BJP) while introspecting its defeat in the recently concluded Gurdaspur Lok Sabha by-poll has stated that its leadership found that it was due to the fact that “the people of Punjab have not yet forgiven the SAD (Badal)”. 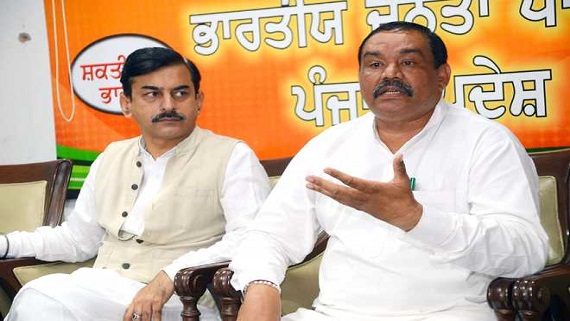 While referring to the party’s inside sources media sources stated that the view of holding SAD responsible for the defeat was first expressed by a former cabinet minister who also served as the state party president for several years. He said the defeat margin in SAD (Badal) stronghold was much higher than in BJP-dominated areas.

“Almost everybody present in the meeting agreed to the point that in past six months, not much has changed in the people’s perception about the Badal Dal, reads the statement of a former state BJP president published in an English tabloid.

“It seemed that the people had not yet forgiven the SAD (Badal) for its acts during the 10-year rule. The view was later vouched by the state BJP leadership,” he adds.

“The SAD (Badal) has become a liability for the BJP in Punjab and it is time to shed that liability”, another former BJP minister reportedly said.

On the other hand the Badal Dal leaders while reviewing the Gurdaspur election debacle on Saturday reportedly blamed the Sucha Singh Langah episode for the party’s loss in the Gurdaspur Lok Sabha byelection.

Party’s core committee meeting took place in Muktsar and was lead by former  CM Parkash Singh Badal at Badal village here.  In the three-hour luncheon meeting, some senior leaders told party chief Sukhbir Singh Badal to keep a check on “extreme powers” given to some leaders, reports The Tribune (TT).