“The Punjab government should immediately lift the ban. The hue and cry over the movie is not maintainable. The dera chief has left no scope for a clash in interviews telecast by TV channels recently. The reverence expressed by him (dera chief) for the Sikh Gurus has removed all clouds of doubt and suspicion”, Dibdiba said in his statement. 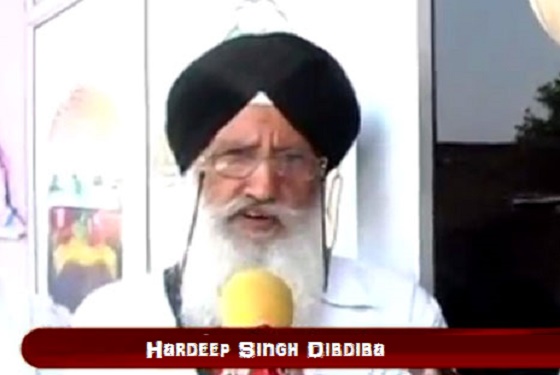 He said it suited the politicians to trigger violence by exploiting religious sentiments of the masses and that misgivings, if any, could be removed through talks.

It is notable that Sikhs in Punjab, Haryana, Delhi and Rajasthan have been protesting against the controversial movie by Sirsa based godman.

“The dera chief has been frequently visiting his house in Gurusar Modian in Sriganganagar to set up two educational institutions and stadia there. Sikh hardliners had opposed the dera’s “Swachhta Abhiyan” in Sriganganagar last month”, a news report by The Tribune (TT) notes.

AS per Sikh Siyasat News (SSN) sources, many members of the Rajasthan Sikh Gurdwara Parbandhak Committee have seperated themselves from controversial statement of Hardeep Singh Dibdiba.