Amritsar: Stating that all words fell short of expressing the real pain and trauma of women that were dishonoured and raped in Haryana during Jat quota mindless violence, the Dal Khalsa asked the Indian leadership irrespective of political class to bow their heads in shame as the mayhem has shown to what extent the people of this country were uncivilized.

Party head H S Dhami said what happened in Haryana has once again established that all talks of growth and development turned out to be totally farce as quality of life and mentality of people hasn’t changed. It has been proven beyond doubt that Indian lacks morality, ethics and values to respect their women folk. 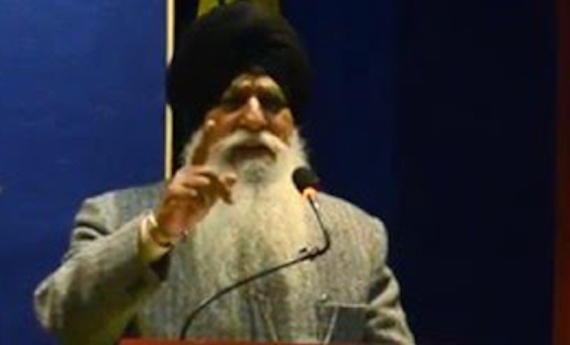 Such shameful incidents have happened time and again and we haven’t learned any lessons out of it. “Women were raped in Delhi in 1984, Gujarat in 2003, Orissa in 2008 and still the country’s ruling class claims that “India is shining”, he rue. During all these mayhems, a women folk of particular community were targeted to insult the collective psyche of that community but this time in Haryana it was one and all without any remorse.

When innocents were butchered and women were raped in Gujarat, then PM AB Vajpayee said its black spot on country’s face. “Now, we are waiting for PM Modi to tell what colour of spot is Haryana’s mayhem on country’s face”, he said.

The reports indicate that non-Sikh Punjabi families have been mostly targeted in Haryana. Today, we speak for them, and for all who have fallen victim into the mindless violence in Haryana.

He slammed the Haryana Government for entrusting the probe to look into the alleged cases of dishonouring of women to its own police despite the reports that the cops present on duty persuaded the women and their relatives “not to lodge complaint to save from further insult”. Dhami was categorically clear that investigation by local police would lead to nowhere.

Dhami, who returned from US yesterday after his one month’s tour said the 34 US lawmakers have rightly shown the mirror to Modi government over the growing intolerance and violence against members of minority community. He thanked the US lawmakers for mentioning in its report the deaths of two Sikh men in October during protests over the desecration of holy book Guru Granth Sahib, whose families still awaits justice.