Ludhiana: Whilst protesting against the attack on Amarnath pilgrims that took place on Monday in Jammu and Kashmir, the hindu outfits of the state here on Wednesday  held demonstrations at Jalandhar Bypass, Clock Tower and Ladhowal toll barrier of Ludhiana. 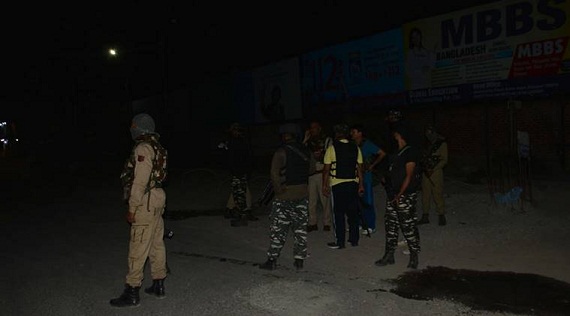 It was further reported by media that workers of Hindu Takht organisation reached Ladhowal toll barrier from where trucks coming from Jammu & Kashmir pass through. Their plan to stop the trucks coming from Kashmir was foiled as the police sensing the tension diverted the routes.

Shiv Sena and other Hindu outfit leaders targeted the Centre for the “security lapse.” They also criticised Indian Prime Minister Narendra Modi for his failure to stop cross-border terrorism. “It is a massive failure of the BJP,”reads the statement of Rajiv Tandon, Punjab Shiv Sena chief, published in an English vernacular.

“Many shopkeepers and markets organisations have agreed to keep their shops closed on Friday and will cooperate with us for Punjab bandh,” Rajiv Tandon claimed.

Varun Mehta, chief of Hindu Takht, maintained that they reached Ladhowal toll barrier to ‘protest peacefully’ against the attack.