Jagdish Singh Jhinda  arrived in the holy city to announce the launch of his outfit after paying obeisance at the Akal Takht Sahib. One of the nihangs of  Baba Budha Dal Bhai Sandeep Singh performed ardas (prayer) for the charhdi kala (high esteem) of JAD in the presence of Jagdish Singh Jhinda’s supporters, says media reports. 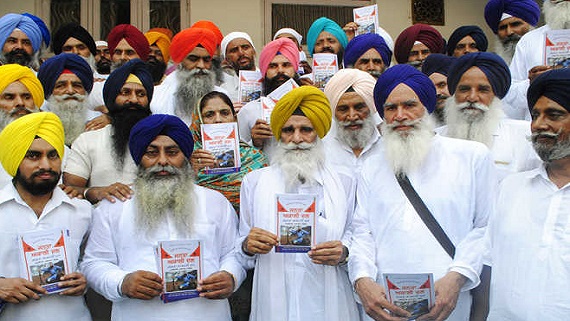 While interacting with the media Jagdish Singh Jhinda said being president of HSGMC, I will serve JAD as its acting chief, he further stated that he would hold a meeting of members of HSGMC and JAD on August 1 to seek their opinion on the new political outfit. Stating that JAD would be active across India, the party would participate in the ensuing Himachal Pradesh assembly elections scheduled to held later this year, he adds.

It was during the Bhupinder Singh Hooda lead congress government in Haryana that Jagdish Singh Jhinda was accused of colluding with the congress party to bifurcate the Shiromani Gurudwara Prabandhak Cimmittee (SGPC). As a result he was excommunicated by the ruling Badal-BJP government through their Jathedar on July 16, 2014. It was On April 4 this year, he appeared before a Sikh clergy to clarify his position following which the high priests pronounced upon mild atonement on him. After undergoing Tankha (religious punishment) he rejoined the mainstream on April 10th, reports the Times of India (ToI).

Furthermore, he stated that the JAD’s main focus would be to topple the Badals’ SAD (Badal), which had falsely been propagating that Haryana Sikhs seldom observe the inviolability and tenets of Akal Takht Sahib by floating a parallel gurdwara managing committee, reads a quote from the statement of Jagdish Singh Jhinda published in The Tribune.