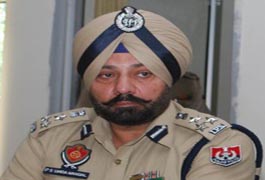 Notably, three other prime accused including SP Bikramjit Singh, inspector Pardeep Singh and Amarjit Singh Kular (all cops) have been granted anticipatory bail by the Punjab and Haryana High Court.