In SGPC House, Senior Vice President is Senior to President

Amritsar (Kamaldeep Singh Brar, IE*): Shiromani Gurdwara Parbandak Committee (SGPC) house elected Gobind Singh Longowal as its president for second time in a row, however, he is not the senior most in the 15-member executive committee elected on Tuesday.

A close family friend of Badals, nominated SGPC member Raghujit Singh Virk is the senior most in the SGPC with 11 years of experience. It is for the 12th year he has been elected the senior vice president, number two post after the president, of the SGPC. Known as “representative” of Badal family in the 165-member executive committee, Virk has been on the post since 2005 except for 2016-17. 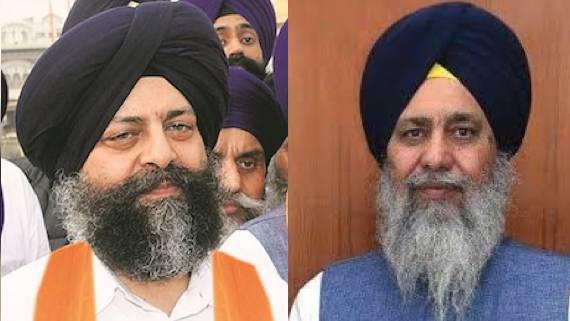 He often headed sub committees formed by the president to decide important matters.

Virk is also in Shiromani Akali Dal (Badal)’s 23-member core committee of Haryana unit as he belongs to Karnal. It is said that one reason behind the rise of Haryana Gurdwara Parbhandak Committee in challenge to the SGPC was the power bestowed upon Virk by the Badal family that also made other state leaders feel ignored in party.

Virk said, “I was elected as senior vice president in 2005 and remained on the post since then. I was only out of office in 2016-17 when Kirpal Singh Bhadungar was president. It is all grace of God. I had first won as SGPC member from Karnal in 1996 and then again in 2005. I was nominated to the SGPC house in 2016,” Said Virk.

He added it is service of Guru. “It is like voluntary service for me. I do not take car, driver or anything else for my service. I spend my money to perform my duties. It has remained a tradition in our family to do voluntary service. We have been doing this service for three generations. My grandfather Buta Singh, who was the deputy speaker of undivided Punjab, was also the first judge of the SGPC judicial commission, besides a member of the committee. My father Raghubir Singh was a Member of Parliament from Kurukshetra. My family has remained aligned with the Shiromani Akali Dal since its birth,” Said Virk.

On the allegations that he got this post not because of political legacy, but because of close ties with the Badal family, he said, “It is work that speaks for itself. Nobody favours you
for nothing.”

Dal Khalsa spokesman Kanwarpal Singh said Virk is there in the SGPC executive committee not because he has any religious bend of mind or political understanding or has contributed anything.

“He is there because he represents (SAD president) Sukhbir (Singh Badal). In fact Sukhbir has no trust on the presidents elected by him. So Virk acts as an eye of Sukhbir on the SGPC leadership. Otherwise how come 12 times senior vice president is not a potential candidate for the post of president?”

Courtesy: Above write-up was originally published by The Indian Express (IE) under title: “In SGPC house, senior vice president is senior to president” by Kamaldeep Singh Brar at source url: https://indianexpress.com/article/cities/chandigarh/chandigarh-in-sgpc-house-senior-vice-president-is-senior-to-president-5445161/. Its reproduced as above for the information of readers of the Sikh Siyasat News.