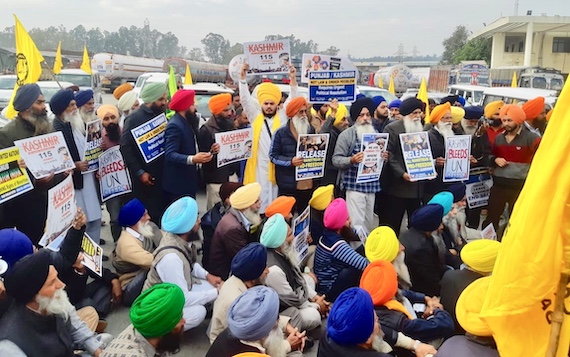 The Dal Khalsa statement issued by party president Harpal Singh Cheema here today exposed the fact that since the last eighteen week, the historic Jama Masjid in Srinagar -the worship centre for the hundreds of thousands of Muslims there is locked. “Such a dastardly violation of religious rights of people to pray and worship is unprecedented and the rulers of the Indian state are answerable for this to the people of Kashmir, human rights defenders, the international community, the United Nations and even to God.”

“We will not stay silent and continue to expose the lies of the Indian state and stand for the rights of the people of Kashmir who are facing the worst persecution in the present times. 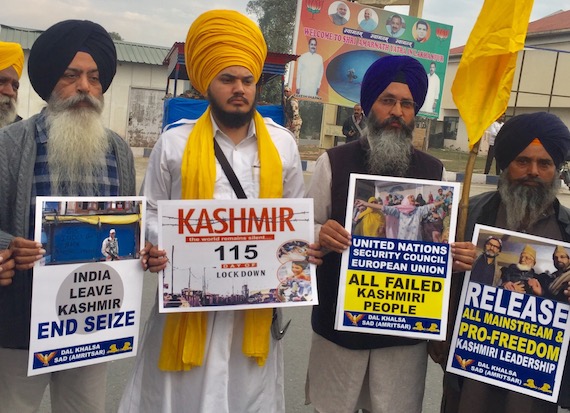 Nearly 200 Panthic activists of both the parties were flagged off from Amritsar by Shiromani Akali Dal (Amritsar) president Simranjit Singh Mann who said, “the government of India is pushing the people of Kashmir to a point of no return and this has dangerous portents for South Asia.”

Expressing shock at the move of the government, party leader H D Dhami argued with the magistrate that while the Indian Home Minister Amit Shah is saying that everything is normal in Kashmir, then why were not being allowed to go there, prompting the protesters to say that, ‘there is no normalcy in Kashmir and Union government are telling gross lies to hoodwink the world community. 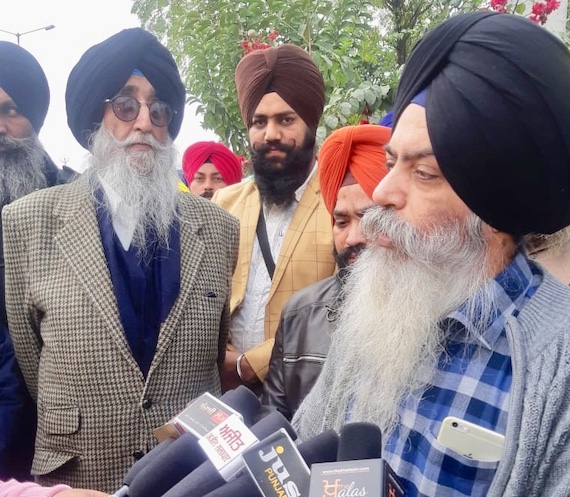 Dal Khalsa spokesperson Kanwarpal Singh, while speaking at the sit-in protest at the border said, ‘It is ironical that even on the occasion of Human Rights Day, we are not allowed to talk and uphold human rights. The stoppage of Sikh leaders and human rights activists by the government from entering Jammu and Kashmir is a loud declaration by the Indian state that just as there are no rights of the people of Kashmir. Not only that, even those who want to observe Rights Day for the people of Kashmir have no right to do so.” 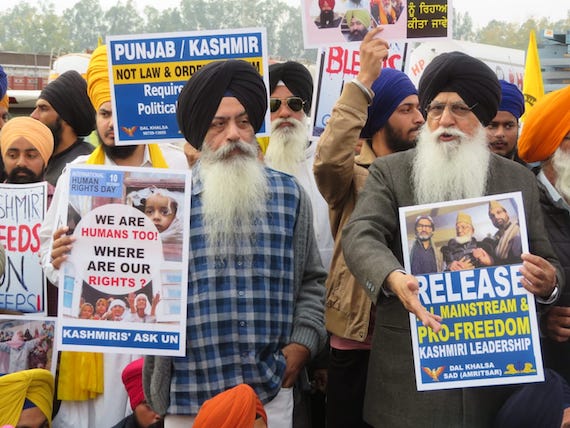 “We will apprise the United Nations Human Rights Council of this abuse of our fundamental rights and violation of the UN Human Rights Charter by India through the Dal Khalsa representative in Geneva Pritpal Singh,” declared party President Harpal Singh Cheema. He said the UN and the Security council permanent members have failed the Kashmiri people who are reeling under state repression since the Aug 5 lockdown. The protesters were carrying placards to convey their message and sought release of political prisoners both in Kashmir and Punjab. 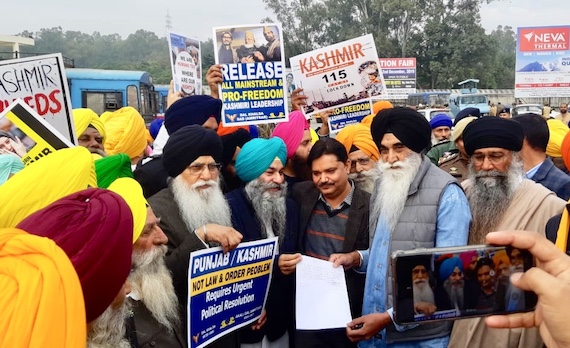 Sikh leaders were given a copy of prohibition orders

Shiromani Akali Dal (Amritsar) general secretary Prof. Mohinderpal Singh questioned the double standards of the government vis-à-vis the majority community and the Muslims, not only in Kashmir but the whole of India.

At one time during the sit-in, the police questioned the use of a placard which declared that since Kashmir is under siege, India must leave the valley. The organisers did not budge and one of the activists from the gathering told the police chief on the ground, “India has occupied Kashmir and it must leave it.”

Sikh Youth of Punjab head Paramjit Singh Mand warned the Union Govt not to push people of Kashmir and Punjab towards the Wall by suppressing their rights and freedom.