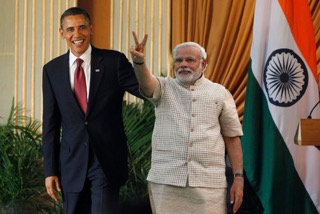 Dr. Ambedkar, who received his doctorate in economics from New York’s prestigious Columbia University, declared on September 2, 1953 on the floor of Rajya Sabha (India’s upper house of parliament): “People always keep on saying to me, ‘Oh, you are the maker of the Constitution.’ My answer is – I was a hack. What I was asked to do, I did much against my will.”

When the Home Minister asserted that Ambedkar himself wrote the document, the Dalit statesman elaborated: “My friends tell me that I made the Constitution. But I am quite prepared to say that I shall be the first person to burn it out. I do not want it. It does not suit anybody.” 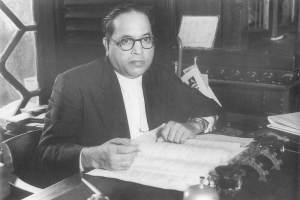 On September 14, 1953, Ambedkar indicated his disgust with the constitution included the extraordinary power granted by its Article 356 to dissolve state governments and impose direct rule from New Delhi, stating:

“To resort to Article 356 in a situation of this sort besmirches the name of the Government that they are using this Article 356 for party purposes. It is a wrong thing which ought not to be done. This is always being done and the people have got a very legitimate ground for suspicion that the Government is manipulating the articles in the Constitution for the purpose of maintaining their own party in office in all parts of India.”

Despite Ambedkar decrying the use of India’s constitution to establish single-party rule, he continues to be widely credited as its author. Before leaving India to pay homage to the late autocrat, King Salman of Saudi Arabia, President Obama said in an address at New Delhi’s Siri Fort, “With the tricolor waving above us, we celebrated the strength of your constitution…. Even as we live in a world of terrible inequality, we’re also proud to live in countries where even the grandson of a cook can become President, or even a Dalit can help write a constitution.”

Aside from Ambedkar volunteering to “be the first person to burn it out,” the Indian Constitution was a hard swallow for India’s minorities from the outset. When the Constituent Assembly formed in 1946 to create a constitution, the Sikhs of northwestern India sent representatives who publicly denounced the final product just five days before it was accepted. On November 21, 1949, Sikh representative Hukam Singh stated:

“Let it not be misunderstood that the Sikh community has agreed to this constitution. I wish to record an emphatic protest here. My community cannot subscribe its assent to this historic document…. There is enough provision in our Constitution… to facilitate the development of administration into a fascist state.”

India’s constitution is the world’s longest at over 117,000 words, as contrasted with the shortest, the U.S. Constitution, at just 4,440 words. It contains 448 articles, 12 schedules, and 99 amendments. On average, it has been amended 1.5 times every year, with seven amendments passed in the past decade.

“Besides its mind-boggling length, the predominating feature of India’s constitution is that it protects the power of the state instead of the liberty of the people,” says Bhajan Singh, Founding Director of Organization for Minorities of India (OFMI). “This is its chief point of departure from the world’s oldest constitution, that of the United States, which is commonly considered as providing a restraint on the state. As India’s Mulnivasi people struggle to find a way forward, I can only agree with Dr. Ambedkar that it is necessary to first burn out India’s current constitution and replace it with one securing the liberties of the country’s most downtrodden people.”

Many members of the Constituent Assembly were disturbed by the constitution’s provision of centralized powers to the Indian State. Voices raised against centralization consistently invoked the possibility that the constitution could give rise to “totalitarianism.” Among those voices was Professor N. G. Ranga, a representative from Madras (now Chennai in the State of Tamil Nadu), who said: “Centralisation, I wish to warn this house, would only lead to Sovietisation and totalitarianism and not democracy.”

Ranga’s warning was echoed by other representatives who specifically contested constitutional provisions like Article 352 (permitting New Delhi to declare a national “Emergency” and even suspend elections), Article 356 (permitting New Delhi to dissolve democratically-elected state governments, suspend state elections, and indefinitely institute direct dictatorial control called “President’s Rule”), and Article 365 (requiring states to “comply with, or to give effect to, directions given by the Union”).

P. T. Chacko, a representative of Travancore (later the State of Kerala), was especially offended by the requirement that states obey directions from the Central Government, declaring: “Article 365 makes Indian States almost complete vassals.” After a “long struggle for freedom,” Chacko lamented the result: “In the place of the foreign imperialism, we are now having an Indian imperialism.” Assamese representative Muhammad Saadulla shared his concerns, saying:

The constitution recognizes a number of “Fundamental Rights,” particularly in Article 19 (which lists the rights to freedom of speech and expression, to assemble peaceably and without arms, to form associations or unions, to move freely throughout the territory of India, to reside and settle in any part of the territory of India, and to practise any profession, or to carry on any occupation, trade or business), but many in the Constituent Assembly argued the article was self-defeating.

For instance, Hukam Singh said: “Practically all the rights in Article 19 are based on one fundamental provision, namely, that the various rights are subject to the existing restrictive law or laws which may be made hereafter.” Every right recognized in the article is provisioned with a clause allowing the state to impose “reasonable restrictions on the exercise of the right.” Thus, Singh concluded: “The Fundamental Rights are worthless as they have so many restrictions and are left at the mercy of the legislature.”

Commenting more extensively on the intrinsic undermining of the Fundamental Rights, Madras representative Mahboob Ali Baig compared the Indian Constitution to the German Constitution under which Adolf Hitler rose to power. Noting that the fundamental rights listed in the constitution were systematically “deprived” by each subsequent clause, Baig said:

“It is only in the German Constitution that the Fundamental Rights were subject to the provisions of the law that may be made by the legislature. That means that the citizens could enjoy only those rights which the legislature would give them — would permit them to enjoy from time to time. That cuts at the very root of fundamental rights and the Fundamental Rights cease to be fundamental. I dare say, Sir, you know what was the result. Hitler could make his legislature pass any law, put Germans in concentration camps without trial under the provisions of law made by the legislature of Germany. We know what the result was. It was regimentation — that every German should think alike and anybody who differed was sent to concentration camps. Totalitarianism — fascism — was the result.”

In his final remarks to the Constituent Assembly, given on November 25, 1949 (the day before passage of the constitution), Dr. Ambedkar warned: “It is quite possible for this new born democracy to retain its form but give place to dictatorship in fact…. If hereafter things go wrong, we will have nobody to blame except ourselves. There is great danger of things going wrong.”

Human rights organizations like Ensaaf, an NGO working to “achieve justice for mass state crimes in India,” believe a great deal has gone wrong in India. In a January 26, 2015 article, Ensaaf Co-Director Sukhman Dhami noted: “Whether it’s mass graves in Kashmir, mass cremations in Punjab, razing villages in Chhattisgarh, or rampant torture, India has refused to confront and redress atrocities perpetrated by its security forces.” Meanwhile, 13 of the country’s 29 states currently have active separatist movements, some armed, and calls for democratic plebiscites on self-determination continue to go out from Assam, Kashmir, Nagaland, Punjab, and other states.

Since 1950, the world’s “largest democracy” has used Article 356 over 120 times to dissolve democratically-elected governments in 25 of its 29 states and two of its seven territories — most commonly in Manipur (10 times), Uttar Pradesh (9 times), Punjab (8 times), and Bihar (8 times).

During her nearly 16 years in office, Prime Minister Indira Gandhi became the most prolific user of the power, imposing President’s Rule on at least 50 occasions in at least 19 different states. The daughter of the country’s first prime minister, Jawaharlal Nehru, Indira demonstrated little appreciation for representative government. In 1977, when the Indian Supreme Court upheld a verdict nullifying her election to parliament based on allegations of electoral fraud, she responded by declaring an “Emergency” under Article 352 and suspending national elections for two years.

During the Emergency, Indira implemented a program of compulsory sterilization. Author Robert Zubrin reported: “Demolition squads were sent into slums to bulldoze houses — sometimes whole neighborhoods — so that armed police platoons could drag off their flushed-out occupants to forced-sterilization camps.” Between 1975 and 1977, over 11 million Indians — mostly lower-castes and Muslims — were forcibly sterilized by the state. “By the early 1980s, four million sterilizations were being performed every year on India’s underclasses,” wrote Zubrin.

“Everything Indira Gandhi did was constitutional,” says South Asian affairs analyst Pieter Friedrich. “Of course, as Dr. King reminded us, we should never forget that everything Hitler did in Germany was also legal. What sort of democracy allows the government to suspend elections or dissolve elected legislatures? The primary beneficiary of the Indian Constitution has proven to be New Delhi, which profits by concealing its oppression of India’s people behind the obfuscations of the world’s longest constitution. If the constitution permits a dictatorship, then it is truly a constitution of no authority.”