New Delhi: There are reports in the media that Indian para-military force CRPF will re-deploy pellet guns in Kashmir. It will be a modified version of pellet guns, CRPF Director General K Durga Prasad  reportedly told media persons on Monday (Feb. 27).

He said that a modified version of the pellet gun will be used to break up any protest before and during anti-militancy operations.

“The force has taken the decision to modify pellet guns, with the help of BSF, to minimise injuries,” Indian Express quotes K Durga Prasad.

As reported by the media the new design will ensure pellets are directed at the lower body, saving the face and eyes of stone-pelting protesters in the strife-torn state, officials told the media on Monday. 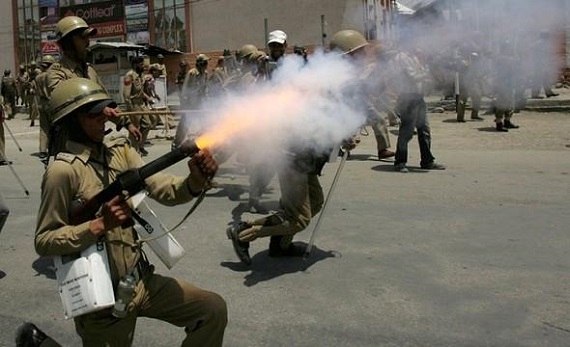 Pellet guns were widely used in the Valley during the protests that followed the killing of Hizbul militant Burhan Wani in July last year. Hundreds were injured by the pellets, many with serious injuries in the eyes. Following an outcry, the use of pellet guns was stopped, replaced by the chilli-based PAVA shells.

The CRPF has asked a special BSF workshop to modify the guns.

The modified version of the pellet gun will have a “deflector”, an attachment on the muzzle to prevent pellets from ascending. The CRPF has asked a special BSF workshop to deploy a metal deflector on the muzzle so that shrapnels do not strike a person above the abdomen region. CRPF troops in the Valley have been told to fire pellets aiming at the feet of protesters and not the abdomen area.

“We have asked our men to fire at the feet now… By using a deflector, there is only a two per cent chance that the shot fired may hit above the point of aim as compared to the rate of 40 per cent earlier,” The Indian Express anonymously quotes CRPF officer.