Recent interventions from noteworthy international voices have given Hindutva’s fanatical protagonists a timely reminder that, despite their domination of the political and security apparatus in India, they are bound by international standards that override their domestic hegemony. As such, they remain accountable to the international community for the excesses being relentlessly carried out against religious minorities and nations held captive by military force. The World Sikh Parliament, alongside Sikh organisations across the world, has welcomed this important trend and congratulates all those who have made such an important contribution to the ever-widening discourse on tackling the fascist agenda of India’s ruling elite. 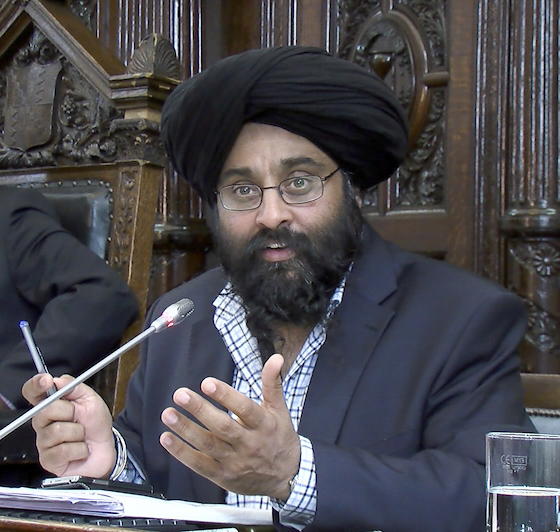 From majoritarian policies and legislative changes aimed at undermining collective and individual human rights, killings by state and non-state actors, judicial activism that perversely targets minority interests and the creation of a media-driven frenzy of hate against those who resist being ‘Hinduised’, India has arrived at a toxic crisis point. Those who have observed India for years know well that the process has developed over decades, but the weaponization of Covid-19 by open vilification of Muslims and Sikhs during the pandemic crisis poignantly highlights the sorry state of affairs.

The 2020 Annual Report of the US Commission on International Religious Freedom (USCIRF) calls on the US government to blacklist India as a “country of particular concern” for engaging in and tolerating systematic, ongoing, and egregious religious freedom violations. Citing a dangerous rise in atrocities, the report proposes targeted sanctions on Indian government agencies and officials responsible for severe violations of religious freedom by freezing those individuals’ assets and/ or barring their entry into the United States. The report followed the exceptionally thorough February 2017 USCIRF report, authored by respected academic Dr Iqtidar Cheema, which highlighted constitutional attacks on minorities, such as Explanation II of Article 25 of the Indian constitution which absurdly classifies Sikhs as Hindus and denies that Sikhism is a distinct religion.

In March, the UN’s High Commissioner on Human Rights also took steps to intervene directly in litigation in India’s Supreme Court proceedings dealing with the highly controversial new Citizenship Amendment Act (CAA), which blatantly excludes Muslims from refugee protection. Media reports suggest the UN legal submission will challenge the CAA by raising the principle of equality and non-discrimination in enacting legislation, emanating from the international treaties that India is a signatory to, such as the International Covenant on Civil and Political Rights (ICCPR).

Just last week UN Under-Secretary General Adama Dieng, an experienced international lawyer, issued a statement expressing concern over increased recent hate speech in India linked to Covid-19, as well as discrimination against minority communities there; once again pointed out that the CAA “is contrary to India’s obligations under international human rights law”. The childish reaction from Hindutva’s social media warriors has only served to highlight the point. According to media reports the leading BJP MP Subramanian Swamy is now threatening to sue Mr Dieng for parts of his statement. This is the same politician that publicly demanded a halt to the creation of the historic Kartarpur Corridor last August, ahead of its opening in November 2019 to mark the 550th birth anniversary of Sri Guru Nanak Ji. Rather than such pointless posturing, perhaps it would be better for Mr Swamy – and his ilk – to take on board the comments of the UN Secretary General António Guterres made when he visited Kartarpur Sahib in Pakistan in February 2020:

“It is wonderful to see in the same shrine today Sikhs, Muslims, Christians, maybe Hindus — all worshipping in harmony and in peace. This is the best symbol that we can give for a world in peace and for a world in which there is mutual respect and there is the acceptance of what is different — recognizing that diversity is a blessing, is a richness, not a threat. When we see so many parts of the world fighting in the name of religion, it’s necessary to say that religions unite us for peace and the best symbol is this shrine.”

Those who value morality, human rights and a rules-based international order will see the wisdom and simplicity of that message. It is time the Hindtuva state recognised its obligations – both legal and moral. The international community must press ahead with the critically important work of educating its errant leaders on civilised conduct. 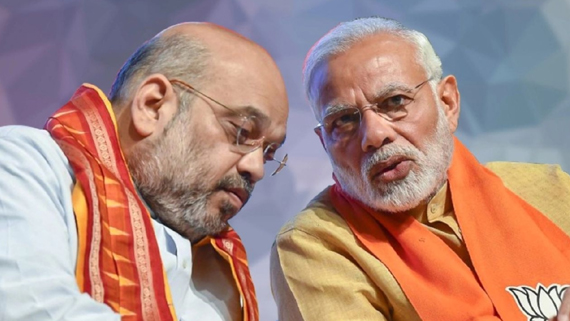 Whether it is compliance with the prohibition of discriminatory policies, of unlawful killings including genocide, of unlawful torture and detention; or whether it is finally accepting  the right of self-determination of the Sikhs, Kashmiris and others, the release of political prisoners and respect for freedom of expression – and many, many other international norms – India must be brought in to line if we are to avoid a meltdown in South Asia. Fascist policies within Indian-controlled territories have been coupled with aggressive posturing against China, Pakistan and now even Nepal, which could have catastrophic consequences for the region as a whole.

The Sikhs, as a nation, have always stood up to oppression and injustice. They suffered genocide at the hands of the Indian state in June 1984 and the decade that followed and are pursuing self-determination in Indian-controlled Punjab, in the form of a sovereign Khalistan. They have also shown, time and time again over recent months, that they stand for the rights of others who are being oppressed by the Indian state and its thuggish right-wing supporters. It is natural therefore that they congratulate others in the international community who have spoken out and can see the urgent need to prevent a humanitarian catastrophe in the region.