Protesting farmers and Sikh activists including Lakha Sidhana didn’t indulge in violence, said Cheema in a statement released to the media from the protest site. 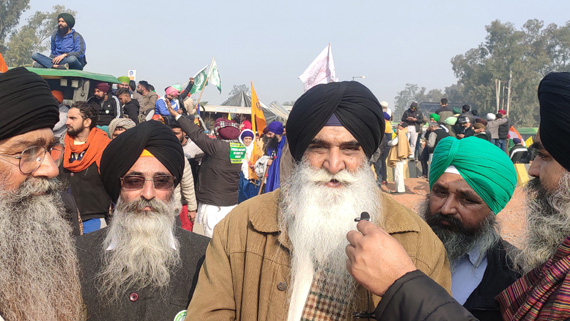 Unfurling of the Sikh Flag at Red Fort is neither unlawful nor an act of violence, he said and added that it was a non-violent act of defiance and protest against the state sponsored repression and injustices. More so, it was Punjab’s befitting reply to BJP Govt’s Hindu Rashtra agenda and anti-minority divisive politics.

“We urge farmer leaders to not indulge in mud-slinging and internecine feud. It will harm and undermine farmers agitation,” he stated.

He said the BJP Govt under Narendra Modi intends to exploit the situation through arm twisting on one hand and creating rift between farmers leaders on the other. From the day one, the Govt has been stubborn to not repeal the three contentious farm laws. Now they have taken refuge behind the flag incident, which is being blown out of proportion, said Cheema.

Party’s another leader Jasvir Singh Khandur pointed out that it’s time for all those who wish to see the laws repealed to show maturity, commitment and unified face.