Jammu: As per the media reports the Jammu High Court Bar Association Jammu today expelled lawyer Davinder Singh Behl from primary membership of the association, after his recent arrest by National Investigating Agency (NIA) in a case related to alleged funding of Kashmir pro-freedom leaders.

While taking with the media in press conference  B S Slathia, president HCBA claimed that “Behl is a “blot on the legal fraternity and has tarnished the image of the nationalist legal fraternity.” 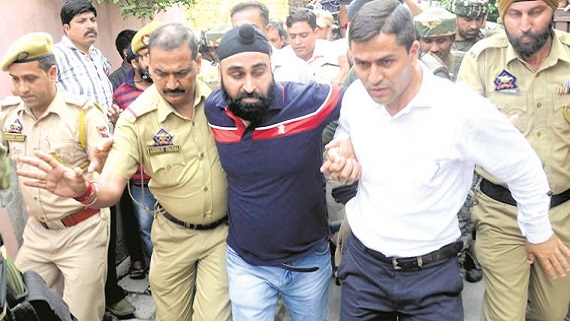 Sikh leader having allegiance with Tareek-Hurriyat during his arrests. (File Photo)

“There is no space for anti-nationals, so we have no other option but to expel him from the primary membership of the Association,” he further maintained.

Furthermore, whilst talking about sacrifices and dubbing Sikhs as saviours of India he B S Slathia maintained that “The Sikhs were the saviors of the nation. They sacrificed for the cause of India. It must remain a matter of shame that Behl has caused an affront to the self respect of the Sikh community.”

The Association appealed people of Jammu to identify such “mischievous elements in neighborhood and inform the concerned agencies so that persons like Devinder Singh Behl will not be in a position to escape from the clutches of law of the land,” reads the statement of B S Slathia published in Greater Kashmir (GK).