Jalandhar:  In a statement given to the media by the Vice-president of the state unit of Punjab congress Himanshu Pathak has said that despite businessman Ramdev’s Patanjali’s entire campaign based on the promotion of “Indian” (swadeshi) products and services and boycott of “videshi” (foreign) products, Patanjali as a brand, is heavily relying on foreign web portals based in the US, etc, for its promotion through websites and advertisements. 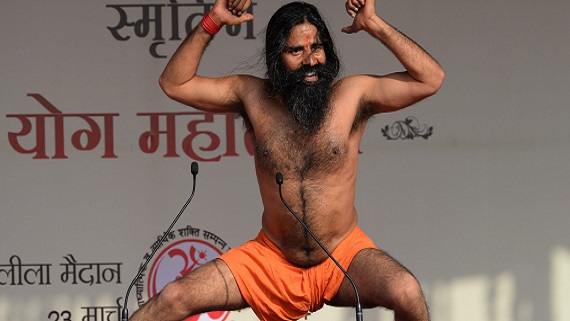 Moving forward Himanshu Pathak further alleged that the servers of various key and subsidiary websites of the entrepreneur Ramdev’s and his brand Patanjali have been traced to foreign IP addresses and Internet portals, he said a lot of money for the support, advertisement as well as publicity of Patanjali as a brand was hence being routed to foreign Internet companies in stark contradiction to Baba Ramdev’s exhortations to the people of he sub-continent to buy and consume local-made goods.

It is observed by the experts that some sort of confusion is prevailing within the circles of pro-hindutva BJP. On the one hand Ramdev exhort people to buy Indian goods made by Indian companies on the other hand its PM Narendra Modi encourages the foreign companies through his oversea trips to come and invest in India.