Ludhiana/ Chadigarh: A Congress party worker who had cleaned Rajiv Gandhi’s statue with Dastar/Turban is now apologised to the Sikh sangat. 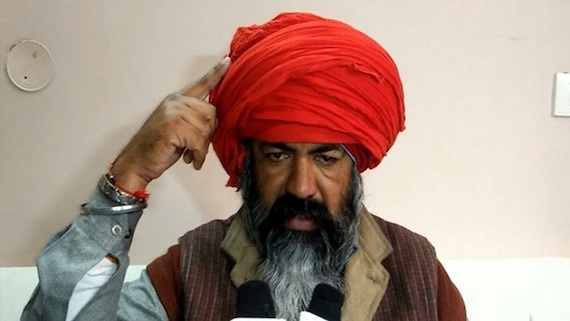 It is notable that Shiromani Akali Dal (Badal) workers had blackened the a statue of former Indian Prime Minister Rajiv Gandhi in Ludhiana on December 25, 2018. Gursimran Singh Mand had used his turban to clean up the statue.

Rajiv Gandhi was one of the key Indian politicians who had patronised the 1984 Sikh genocide and granted impunity to the culprits who had carried out the genocidal massacres of the Sikhs throughout the Indian subcontinent in November 1984.

Gursimran Singh Mand’s act was strongly condemned by the global Sikh community. In wake of this condemnation, the media reports note that the Congress worker apologised to the Sikh sangat and said that he did not intended to hurt anyone’s feeling.