His statement came as response to a recent statement issued by DSGMC secretary Manjinder Singh Sirsa, in which Sirsa had urged Harvinder Sarna to withdraw court case filed against Bala Sahib Hospital.

Harvinder Sarna, in his statement maintained, that Manjinder Sirsa had also failed to make public any such document related to the sale of hospital land by Srana brothers.

“Now he has raised another issue of withdrawal of court case by us with the intention to divert the attention of the Sikh Sangat. As more than thousands of times we have asked him to make public all such documents that can establish the sale of Bala Sahib Hospital land by us. But he has no evidence of it except verbal bubbles of falsification, which have been deflated” said Sarna. 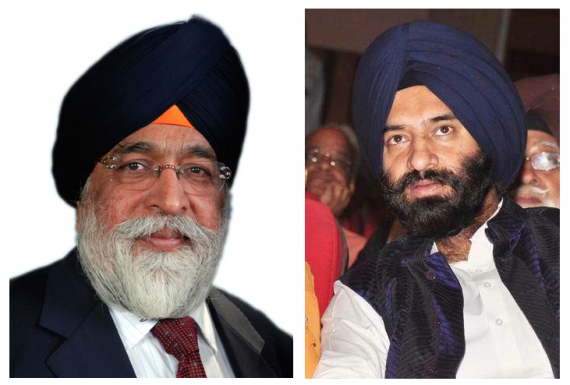 Former DSGMC chief claimed that it was a matter of fact that during his tenure as president of the DSGMC a civil suit against Guru Harkishan Medical Trust was filed by Kuldeep Sigh Bhogal and DSGMC had contested that case.

“But unfortunately we lost the elections to the DSGMC in the year 2014. Thereafter, as the case was against the DSGMC Sirsa and G.K. got a golden opportunity and in corroboration with Kuldeep Singh Bhogal, DSGMC against whom this suit was filed did not oppose Bhogal and lost the case before the trial court in Patiala House and with the conspiracy of Manjinder Singh Sirsa and Manjit Singh G.K. Guru Harkishan Medical Trust was held illegal. As the DSGMC did not contest this case and has supported Bhogal in the court”, Sarna Maintianed.

He said that against the order of the trial court of Patiala House, Trustees of Guru Harkishan Medical Trust preferred to file an appeal before the High Court for restoration of Guru Harkishan Medical Trust. In this appeal, trustees have not prayed for any stay on the construction, running and operation of Bala Sahib Hospital. The reason behind this appeal is to restore the legality of the Trust by the court of law otherwise all decisions taken by them during their tenure as Trustees would become illegal, which they cannot tolerate. As, all decisions were taken in the interest of the Sikh community.

In his statement, Harvinder Sarna further stated that the actual facts have not been brought before the Sikh Sangat by Sirsa. He said that it is Radiant Health Care India Pvt. Ltd, the Company with whom DSGMC and Guru Harkishan Medical Trust have signed a collaboration agreement for the management of Bala Sahib Hospital has filed a Writ Petition before the Hon’ble High Court of Delhi. The Delhi High Court has granted a stay order on the prayer of Radiant Health Care Pvt. Ltd. This important fact of stay order has been concealed by Sirsa.

He said that instead of settling the issue with Radiant Health Care Ltd. Sirsa is asking us to withdraw the appeal which is filed by the Trustees of Guru Harkishan Medical Trust and also has nothing to do with construction, management and operation of the hospital. The trustees of Guru Harkishan Medical Trust have filed the appeal against the order of trial court that held the Trust illegal and not against the Bala Sahib Hospital. He said that Sirsa is misleading the Sangat by projecting half truth before the Sikh Sanagt.

Sarna claimed that Manjinder Sirsa has badly fail in proving the allegations of sale of Babal Sahib Hospital land by us and has left with nothing against us. He said that to save his skin Sirsa has further misled the Sikh Sangat by projecting this half truth about the court cases pending in Delhi High Court.