March to Bargari Overshadows SAD (B) and Congress Political Rallies

Chandigarh: The last Sunday (October 7) was a day of political rallies in Punjab with two major political rivals holding rallies in the home constituencies of leaders of the opponent party.

SAD (Badal) held a rally in Patiala- home town of Congress leader and Punjab CM Capt. Amarinder Singh and the Congress party held a rally in Lambi- the constituency of SAD (B) patron Parkash Singh Badal. 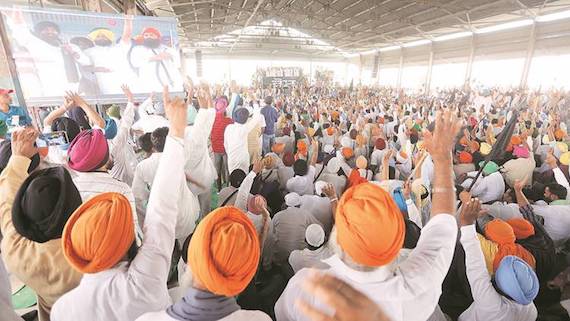 A view of gathering inside the Pandal at Bargari | October 7, 2018

These rallies, however, were overshadowed by large surge of people at Bargari village where Sikh organizations led by Bhai Dhian Singh Mand are holding ‘insaaf morcha’ demanding, among other things, action against culprits of beadbi of Guru Granth Sahib.

The gatherings at Patiala and Lambi were arranged and both SAD (B) and Congress had extensively campaigned to ensure turnout at their events. 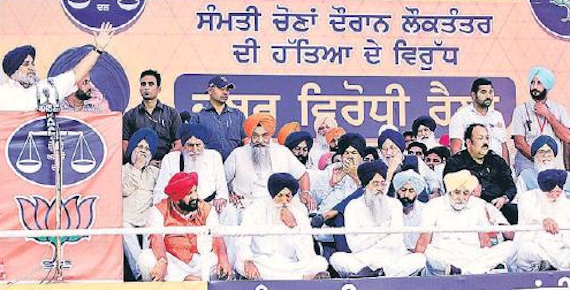 Parkash Singh Badal had himself addressed various local gatherings pleading party workers to ensure turn out at Patiala rally at any cost.

Turnout at Lambi was no doubt a show arranged by the party in power but as the pictures revealed many went there just to get crates of cheep liquor from neighbouring Haryana. 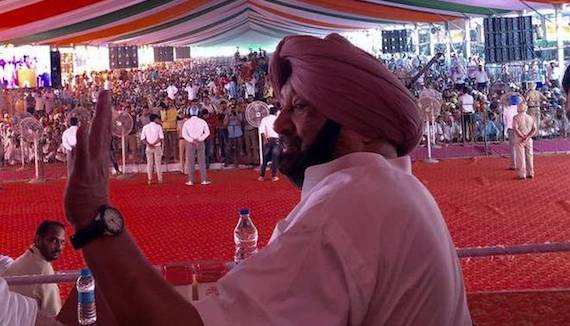 Congress held a rally in Lambi

The gathering at Bargari was a combination of various factors. At the first a large number of people went to Bargari to show their support for the cause of the agitation i.e. seeking punishment for culprits who had committed beadbi of Guru Granth Sahib. By joining the event at Bargari this section also expressed its resentment over the politics being played by SAD (B) and the Congress party which ignores the Sikh concerns related to the beadbi incidents.

Secondly, many people had joined the march to Bargari at the call of rebels of the Aam Aadmi Party led by Sukhpal Singh Khaira and the Bains Brothers’ led Lok Insaaf Party. This section had supported the Aam Aadmi Party in recent years but had got disillusioned after state assembly elections as the AAP had failed to capture political power in the state against their expectations. A mix of rebel tone of Sukhpal Singh Khaira and others and their own genuine concerns prompting them to support struggle seeking punishment for culprits of Bargari Beadbi and Behbal Kalan firing incidents motivated this section to join the insaaf march.

Then there was a section owing allegiance to various Sikh organizations and local groups of the Sikh sangat that has been supporting almost every Sikh agitation for common Sikh causes for past several years.

The shows at Pataila and Lambi were totally arranged by political parties, the gathering at Bargari could be termed as a popular surge that has unfolded the potential for possible political change in the state but it will be a sheer exaggeration to conclude that it will bring any change in the given situation. Any such change would require extensive political exercise and surge of credible Sikh leadership.