Bhatinda, Punjab: As the elections are drawing closer, the Sikh group Dal Khalsa held a march on May 16 in the city to protest against transfer of Jagtar Singh Jaggi Johal and other under trails from Punjab to Tihar jail and their cases to NIA court in Delhi, framing of social activist Lakha Sidhana in a false case under 307 IPC, Election Commission obstructing justice by not heading to Punjab’s plea for reinstatement of IG Kunwar Vijay Partap Singh as SIT member beside mainstream parties luring votes by playing politics over 84 deaths. 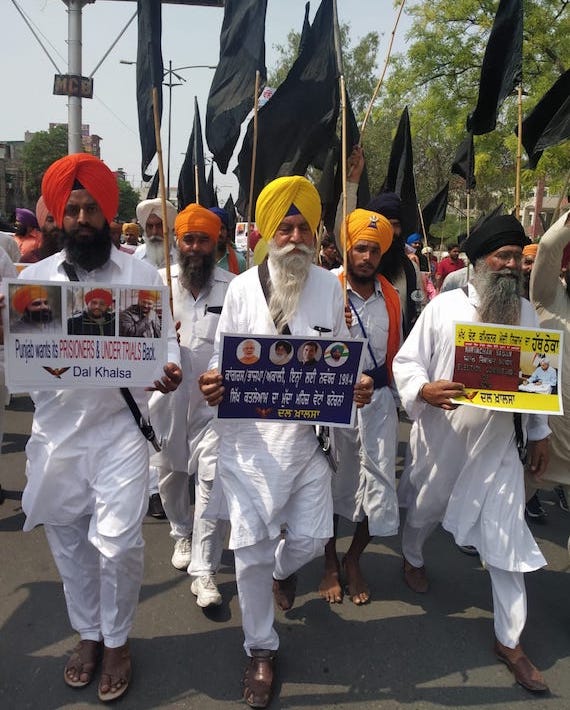 A view of protest by Dal Khalsa

The organizers accused both the Congress and the BJP/SAD combine for doing trade on Sikh pain and using it as a political bargaining tool in the ongoing LS election campaign.

The pro-freedom group declared its election boycott policy decision as they believe that without right to self-determination, elections under Indian dispensation were meaningless.

The activists took to streets by holding black flags and placards in hands as a mark of protest against state highhandedness and injustices through courts and executive. The march that started from Gurusar Mehraj culminated at DC office. 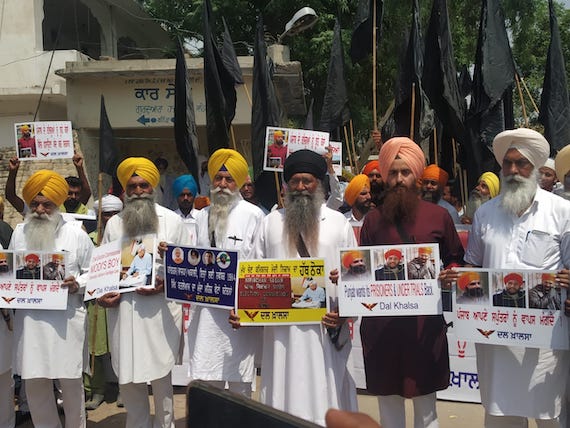 They warned both the parties not to play politics on Sikh emotions and pains and desist from touching the sensitive nerve of the community. 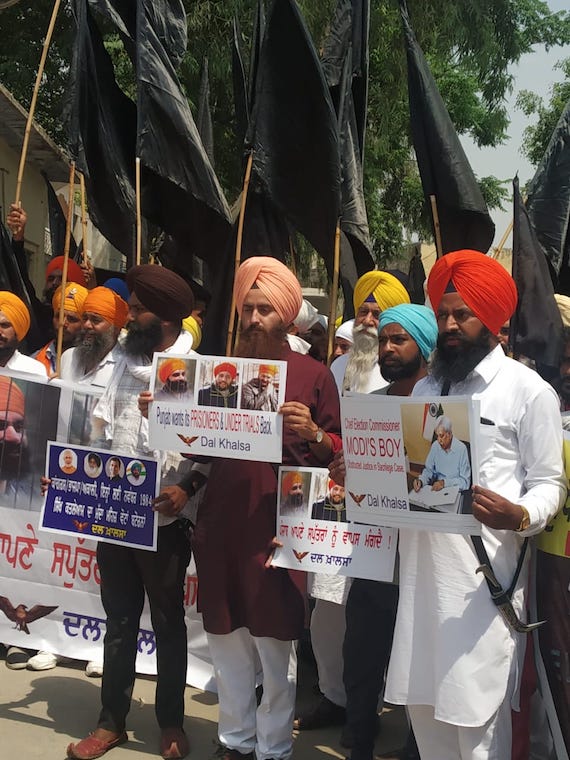 On transfer of Jaggi Johal and other undertrails, the leaders said the decision of the Supreme Court of India has pained the aggrieved families and relatives. They said earlier it was believed that the judiciary and the election commission were independent in decision-making. But ironically for Punjab and Sikhs, it isn’t the case. The state’s interference in both the institutions is no more a secret, said Tanda.

Baba Hardeep Singh Mehraj sought cancellation of FIR under 307 IPC against Lakha Sidhana and warned the state not to target Punjab’s youngsters on flimsy grounds.

Young activists led by organizer Gurwinder Singh Bhatinda were carrying placards on which it was written : CEC is Modi’s Boy”, Punjab wants its undertrails and prisoners back from Delhi and Courts spreading state terror on Sikhs”.

Referring to statement of Rahul Gandhi rebuking his political guru Sam Pitroda for his jibe “hua tu hua”, SYP president Paramjit Singh Mand said “Sikhs don’t care what the Congress or anybody else thinks. We will not let our protest rest till the killers of the 1984 episode are brought to justice”.

Prominent among others who spoke includes Narien Singh and Baldev Singh Sirsa.