Ludhiana: Chand Kaur, ex-Namdhari chief’s wife who shot at by some unidentified gunmen at Bhaini village has reportedly died at Apolo Hospital. Chand Kaur, 88, was rushed to Apolo Hospital near Sherpur Chowk, Ludhiana for treatment where she succumbed to injuries.

According to Lakhvir Singh, PRO of Bhaini Sahib, Chand Kaur suffered two bullet injuries — one in the head and another in the abdomen. 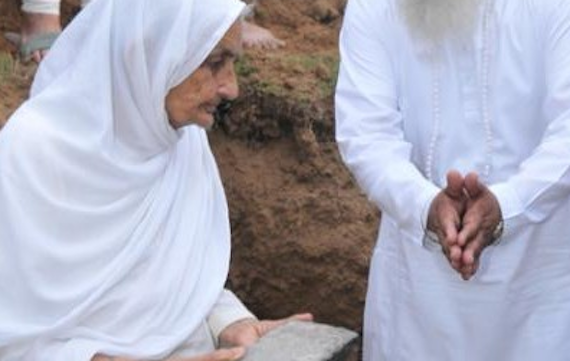 Namdhari officials at Bhaini village told Sikh Siyasat News that the incident took place at around 10 am when she was visiting an educational institution.

According to the cart driver, five shots were fired. He added that soon after opening the fire, the assailants managed to flee the spot on their bike.

A heavy police force has been deployed in Bhaini village following the incident. A massive combing operation has been launched in Bhaini, Machhiwara, Samrala, Khanna and nearby places to locate the assailants.

Chand Kaur was involved in a controversy after she had appointed Thakur Uday Singh as the next sect head following the death of her husband Jagjit Singh in 2012. A faction led by Dalip Singh, elder brother of Uday Singh, had opposed the move.