Chandigarh/New Delhi: After the Panama Papers leak of 2016 took the world by surprise in which world’s wealthiest businessman and politicians from across the globe were found evading taxes.

As many as 714 Indians figure in the list as a new leak of financial documents has revealed how the powerful and ultra-wealthy secretly invest vast amounts of cash in offshore tax havens, media reports said . 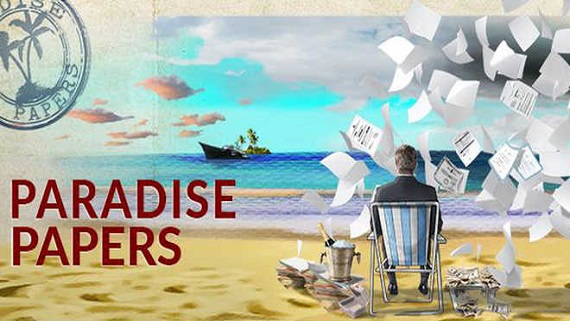 The details come from a leak of 13.4 million files. Image credit: Facebook

It is maintained that the details came from a leak of 13.4 million files on Sunday that exposed the global environments in which tax abuses can thrive.

The material, which has come from two offshore service providers and the company registries of 19 tax havens, was obtained by a German newspaper and shared by the International Consortium of Investigative Journalists (ICIJ) with 100 other media organisations.

The records and internal communications are from Bermuda’s Appleby and Singapore’s Asiaciti.

Among the 180 countries represented in the data, India ranks 19th in terms of the number of names. In all, there are 714 Indians in the tally. Indian company Sun Group figures as Appleby’s second-largest client internationally, with 118 different offshore entities, reads a quote from a report published in the Indian Express (IE).

Amid Appleby’s Indian clients are several prominent corporates and companies which subsequently came under the scrutiny of investigating agencies like the CBI and the ED.

Furthermore, it is reported by the Indian Express (IE) that these include firms in the Sun-TV-Aircel-Maxis case; Essar-Loop 2G case; SNC-Lavalin in which Kerala Chief Minister Pinarayi Vijayan was named, then cleared; the Rajasthan ambulance scam which has recently been routed to the CBI and which names a company called Ziquista Healthcare (Sachin Pilot and Karti Chidambaram were early Honorary/Independent Directors of the firm respectively); and fresh financial links in a CBI case against YSR Congress Chief YS Jagan Mohan Reddy.

Besides corporates, the data reveals details of individuals as well: Amitabh Bachchan’s shareholding in a Bermuda company acquired before the 2004 Liberalised Remittance Scheme kicked in; corporate lobbyist Niira Radia and film star Sanjay Dutt’s wife who figures under her former name Dilnashin.

Minister of State for Civil Aviation Jayant Sinha’s name figures in the records because of his past association with the Omidyar Network. Records of offshore companies linked to BJP Rajya Sabha MP and founder of Security and Intelligence Services (SIS) RK Sinha appear in the Malta list, media reports said.

The CBI is trying to extradite liquor baron Vijay Mallya, Appleby’s documents show how millions of dollars worth of loans taken by offshore companies of United Spirits Limited India were waived by Diageo, the company which finally acquired USL, notes The Tribune (TT).