Right to Information (RTI) activist Parwinder Singh Kittna has filed an RTI application seeking information about the process undertaken by the Modi government to take a decision regarding demonetization of Rs. 1000 and Rs. 500 currency notes. The petitioner had sough to know that if the government had taken advice of legal and economical experts before reaching at the decision. Parwinder Singh Kittna had also sough copies of related documents.

The petitioner reportedly told a Punjabi vernacular that PMO’s Public Information Office and under secretary Praveen Kumar declined to impart the requested information while taking a plea the PMO was exempt from imparting such information under Sec. 8 (1) (a) of the RTI Act. 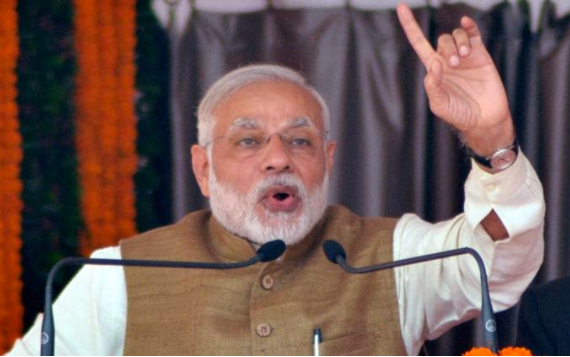 Notably, Section 8 (1) (a) of the RTI Act states: “Notwithstanding anything contained in this Act, there shall be no obligation to give any citizen, – information, disclosure of which would prejudicially affect the sovereignty and integrity of India, the security, strategic, scientific or economic interests of the State, relation with foreign State or lead to incitement of an offence”.

The petitioner however maintains that he was eligible to seek such information under Sec. 8 (1) (i) as the Cabinet has already implemented the demonetization move and there was not harm to public interest in disclosing such information.

Notably, Section 8 (1) (i) of the RTI Act states: “[N]otwithstanding anything contained in this Act, there shall be no obligation to give any citizen,— abinet papers including records of deliberations of the Council of Ministers, Secretaries and other officers: Provided that the decisions of Council of Ministers, the reasons thereof, and the material on the basis of which the decisions were taken shall be made public after the decision has been taken, and the matter is complete, or over: Provided further that those matters which come under the exemptions specified in this section shall not be disclosed”.