Hoshiarpur: Various NGO’s representing different people’s and region gathered at Geneva and passed a resolution condemning respective governments for suppressing civil, political and human rights of people who are in disagreements with their policies. 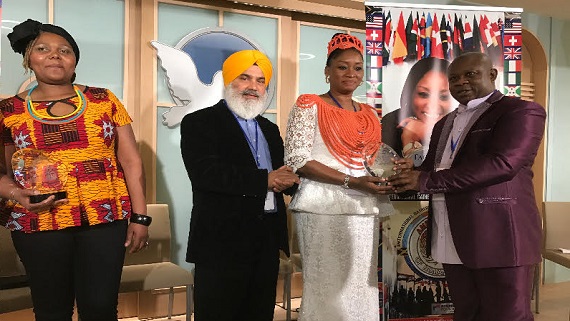 Pritpal Singh From Dal Khalsa Handing over the memorandum. 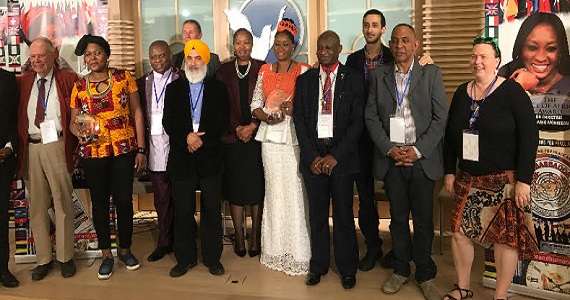 Another view of the participating members.

At the meet, NGO’s voiced their concern against highhandedness of governments against their own people and denial of religious freedom. The meet urged the United Nations to intervene for the lasting peace and restoration of human rights in troubled areas world over. The resolution expressed solidarity and sympathy with victims of state’s atrocities. The resolution was general in nature and not specific against any particular government. The NGO’s from South Africa, South Asia and European countries participated in the meet.

The pro-freedom Sikh group Dal Khalsa’s European unit co-ordinator Pritpal Singh from Switzerland participated in the meet and put across the Sikh view point. Coincidentally, the meet was organized on June 6- the day Indian state attacked Darbar Sahib in June 1984.

Availing the opportunity, Pritpal Singh apprised the audience about the struggle of the Sikh people prior to ‘Military attack On Darbar Sahib’ and afterwards. He said promoting anarchy and violence in Punjab was the insurance policy of the ruling circles of India to keep the Punjab problem unresolved and keep the people of Indian sub continent divided and diverted.

He further said army attack codenamed Operation Blue Star was the logical culmination of a very long-standing policy of state interference into religious matters. In a very concentrated and brutal way, it symbolized the policy of religious divisions that the Indian State had been practicing throughout the country.

What was apparent then, and what has become clearer with hindsight is that this infamous attack on the highest seat of Sikh faith was intended to humiliate Sikhs as a people with distinct identity aspiring to achieve their political aspirations.