No hope of justice from Centre, says Rohith Vemula’s mother

As per statement issued by the BSP Ms. Mayawati discussed with Rohith’s family how he was “tormented under the pressure of two Union Ministers forcing him to commit suicide”.

RohithRadhika, while thanking the former Uttar Pradesh Chief Minister for raising the issue in Parliament, felt that the BJP government would not be able to deliver justice to her son. 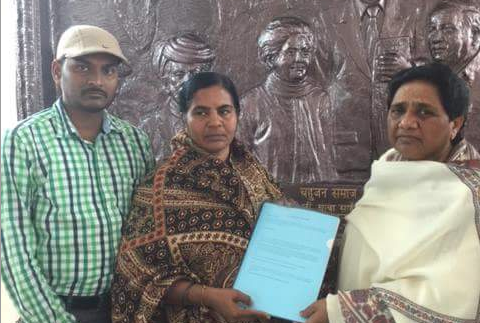 “After inflicting torture on Rohith, the Central government is now not even willing to provide a fair probe. This exposes their anti-Dalit mindset,” the BSP said, quoting Rohinth’s mother.

The BJP government, and in particular, HRD Minister Smriti Irani, tried to “mislead the people by giving incorrect statements in both Houses of Parliament,” she said. Rohith’s family thanked the BSP supremo for demanding that a Dalit be included in the panel probing his suicide. By rejecting this demand, the Centre’s intention was exposed, she said.