Kotkapura/Faridkot: Sikh sangat in large numbers converged at Bargari on Sunday to mark Shaheedi day of Bhai Krishan Bhagwan Singh (Niamiwala) and Bhai Gurjeet Singh (Sarawan), who were killed by the Punjab police on October 14, 2015.

The Shaheedi Samagam was convened by organizers of the Bargari Insaaf Morcha. 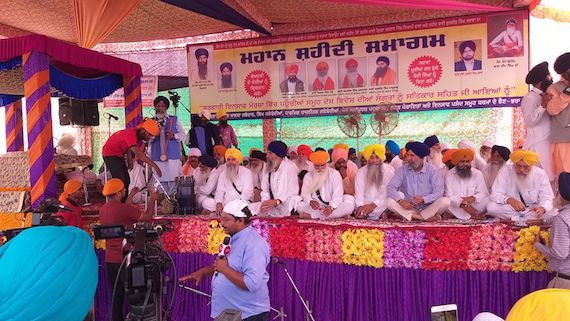 A view of stage during the Shaheedi Samagam at Bargari | October 14, 2018 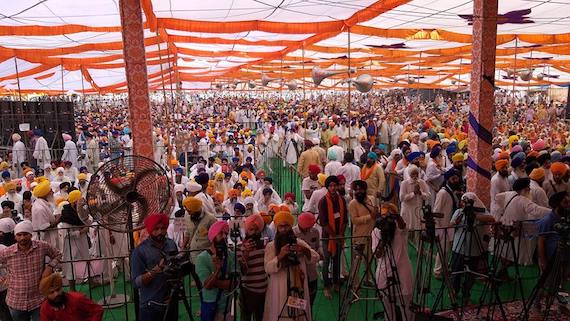 A view of Sangat inside the pandal during the Shaheedi Samagam at Bargari | October 14, 2018

Addressing the gathering acting Jathedar Bhai Dhian Singh Mand criticised Punjab chief minister Amarinder Singh for his failure to take action against the beadbi accused and said people thought he (Amarinder) was a brave man, “but now I would say that no one is a coward like him”. 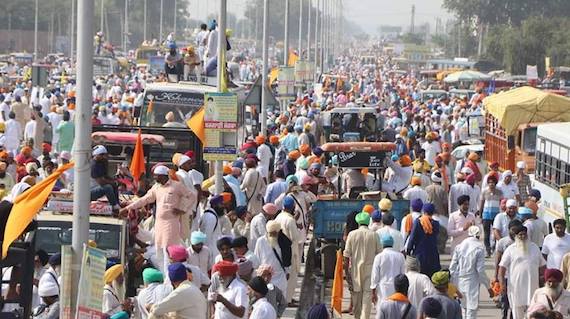 A view of Sangat outside the Pandal at Bargari Shaheedi Samagam

Former Punjab deputy speaker Bir Devinder Singh said that India’s National Security Adviser (NSA) Ajit Doval was playing with the sentiments of Sikh community by not allowing the arrest of those involved in desecration and Behbal Kalan firing incidents. “I want to ask the Chief Justice of India if he will take suo motu notice. I want to ask Capt Amarinder Singh how long will you fool people as these SITs are useless.”