Brampton, Canada: The organizers of a cultural festival in Brampton has reportedly rejected the outcry by Indian lobby to allow Punjab Pavilion in the cultural event. Reports in Canadian media reveal that some groups and individuals, mostly pro-India, were raising outcry against Punjab Pavilion in Brampton’s Carabram. Carabram is being held this weekend (from 14 to 16 July). 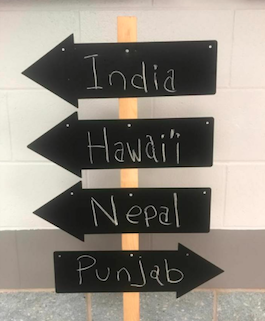 A report in Brampton Guardian quotes Peeyush Gupta, a Brampton businessman, saying “I have been objecting about the Punjab pavilion for long now being a Punjabi myself. … I explained to Carabram board members Joe (Pimentel) and Paul (Vicente) recently that Punjab has two parts, one in India and the other in Pakistan. Most people from northern parts of India, like myself, are Punjabis and we each follow different religions. Punjab is not a land of one religion. … Despite the board’s assurances that it would not let Prithpal Chagger, chair of the Punjab pavilion, focus on religion or politics, the pavilion openly promotes Sikhism”.

It is also learnt that last week bureaucrats from the Consulate General of India met with board and asked it to rescind the Punjab pavilion.

However, the organizers did not pay any heed to the outcry and remained firm to their decision to allow Punjab pavilion. The board maintained its position saying the festival celebrated cultures.

Brampton Carabram president Angela Johnson reportedly dismissed the voices of critics, saying the board does not regret its decision despite the outcry.

“This is Canada and we’re trying to do something that’s celebratory and educational,” Brampton Guardian quotes Johnson.