In wake of recent blast at Waugha border in Pakistan, killing more than fifty persons, there are serious security concerns for the Sikh yatris visiting Pakistan. 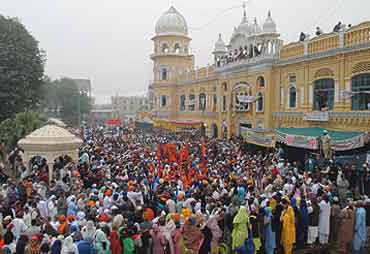 The West Punjab government has deputed hundreds of police and paramilitary Rangers to ensure peaceful celebrations after which the pilgrims will also visit Lahore and Panjandrum Sahib, near Hasan Abdal.

The Parkash Gurpurb celebrations will be held from November 7 to 11.

According to preliminary investigations, the suspects were present in a gurdwara in the district. They had arrived there in a car supporting a fake media sticker. The suspects entered the Gurdwara posing as mediapersons from Quetta, but were soon arrested.