Chandigarh: Punjab Ministers have sought FIR against Lok Insaaf Party (LIP) MLA Simarjeet Singh Bains. A written release by Punjab government says that “a group of Punjab cabinet ministers on Monday demanded registration of an FIR against him for inciting communal disharmony”.

“Bains, in an interview to a media channel, had termed the Patiala attack a ‘public backlash against the police high-handedness’ over the last few days”, the statement reads.

In an interview to a web-channel run by a Punjabi vernacular Simarjeet Singh Bains had said that in recent days the police had brutally beaten-up people and people had strong resentment against the police. He said that the Patiala Sabzi Mandi incident was a reflection and result of that resentment. 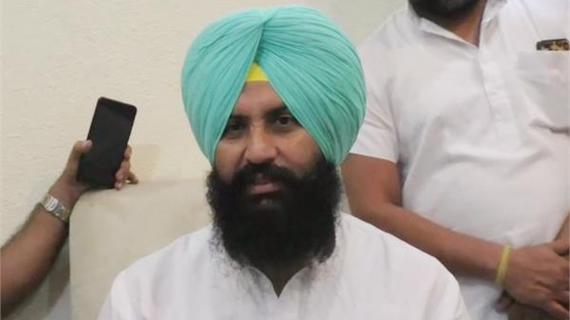 He said that the debate should be on question that why Nihang Singhs used sword? He had called upon police to introspect and rethink about its way of dealing with the police.

In this statement Aruna Choudhary said “by giving such statements he is encouraging anti-social elements to attack police”.

Minister Balbir Singh Sidhu said: “by casting aspersions on our police force, Bains has rubbed salt in the wounds of these bravehearts, who are risking their lives for our safety”.

Minister Sukhjinder Singh Randhawa said: “this was a time to fight the enemy unitedly and support the frontline warriors who are fighting to save lives by endangering their own”.

Minister Vijay Inder Singla said: “this is gross disrespect to the great sacrifices being made by our policemen in line of duty and should be condemned by all”.

Minister Tript Rajinder Singh Bajwa said: “trying to derive political mileage of this tragic incident and at a time when the state and the country is facing unprecedented challenges”.

I Stand By My Statement, But Its Being Mis-interpreted: Simarjeet Singh Bains

In a later talk, while talking to same web-channel over phone, Simarjeet Singh Bains said that he stand by his earlier statement. He, however, maintained that his statement was being mis-interpreted and he had not supported attack on police or copping off of ASI Harjit Singh’s hand.

He reiterated that the Punjab police’s behaviour with people was not good or reasons and such a behaviour causes resentment in people.