Srinagar: As per the media reports Jammu & Kashmir’s Finance Minister Haseeb Drabu who last Friday during an event in New Delhi. stated that Kashmir shouldn’t be seen as a conflict state or a political problem, but as a society with social issues, has been sacked by the ruling People’s Democratic Party (PDP). 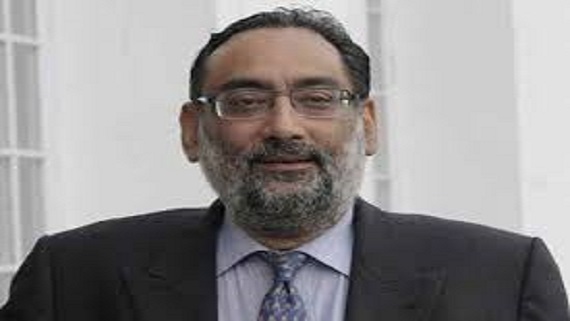 He was reportedly asked by the state’s ruling PDP that he should explain his comments and retract from his given statement.

Haseeb Drabu, an economist, is known to have been pivotal in the crafting of a common agenda for the PDP-BJP alliance in the state.

“Those who see Jammu and Kashmir as a conflict state, as a political issue …it’s a society which has social issues right now…It’s not a political issue as far as I can see, I think we are barking at the wrong tree for the last 57 years by talking about the politics of it, that the political situation has never improved. We seriously need to look at in terms of how it is a society that is in search for itself,” reads the quote from the statement given by Hasseb Drabu during an event on Friday in New Delhi, published on the website of NDTV.

It is further said that the comments incensed his party and also left it facing attacks from both mainstream and pro-freedom parties, who called the statement proof of a “political sellout by PDP to stay in power”.