Amritsar, Punjab: Stating that the pardon drama was concocted by Badals and executed by Five Takhat jathedar’s, the Dal Khalsa and Akali Dal Panch Pardani (ADPP) today rejected the decision to exonerate pseudo-baba Gurmit Ram Rahim for his blasphemous act in 2007.

Members of both the organizations today staged a silent sit-in at Akal Takhat to lodge their protest against the Takhat decision to pardon the Sirsa head. Their activists after praying at Akal Takhat converged near the Akal Takhat Secretariat office and stood there in protest by holding placards to convey their message. In a clear rebuke to CM Parkash Singh Badal and his coterie one of the signboard reads “Supreme is Akal Takhat, Not Jathedar”. Another reads “Akali politics corrupting religious institutions” and “SGPC is in wrong hands”. The activists through their written message demanded resignations of Jathedar’s and proclaimed that Panth has not pardoned pseudo-Baba. 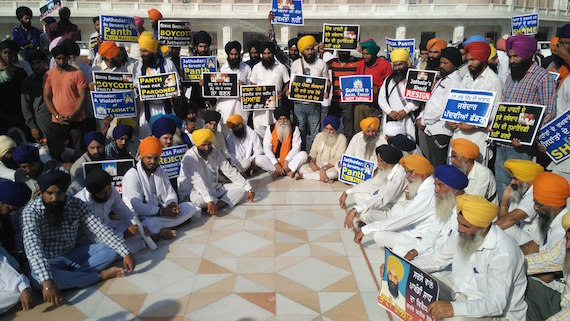 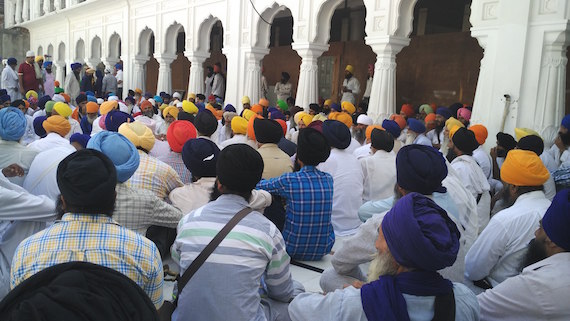 A view of the gathering near Akal Takhat Sahib 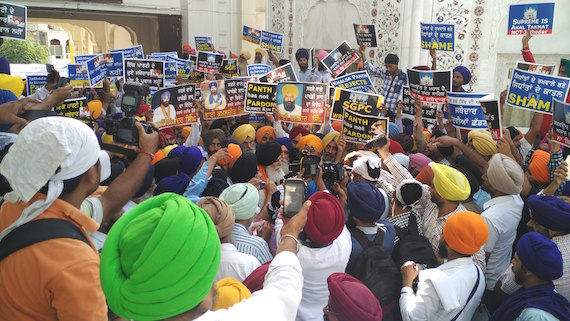 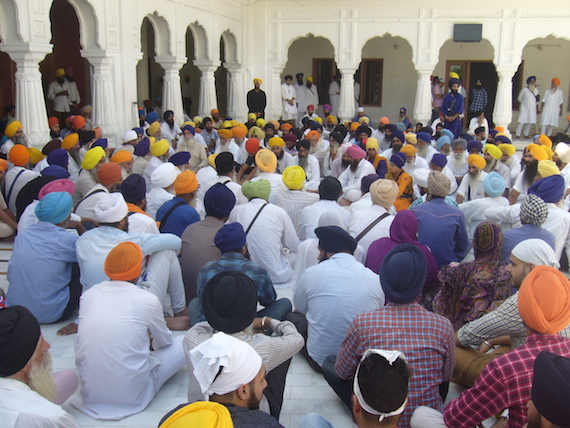 A view of gathering near Akal Takhat Sahib 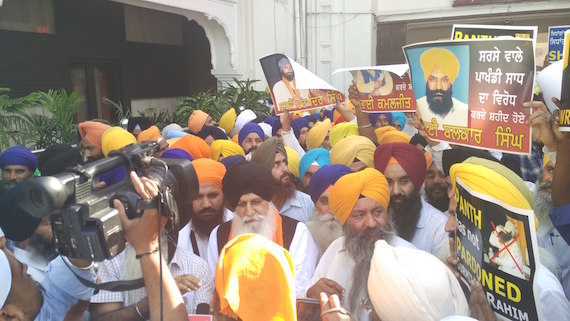 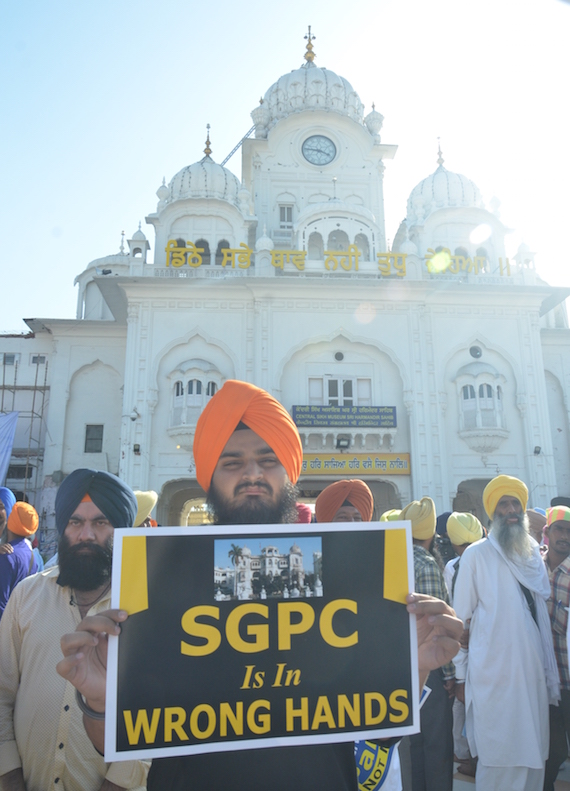 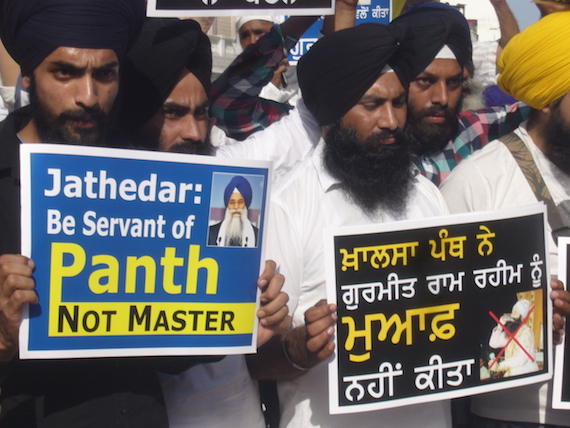 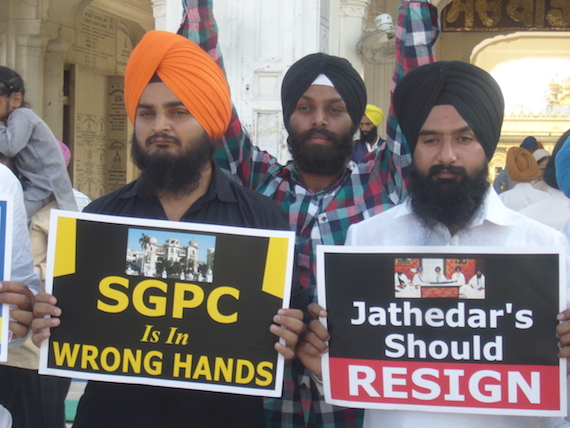 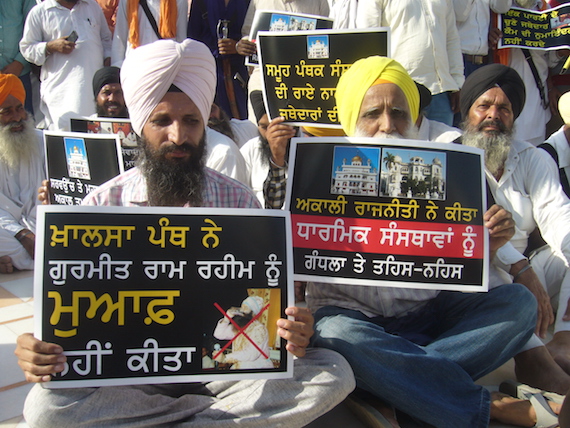 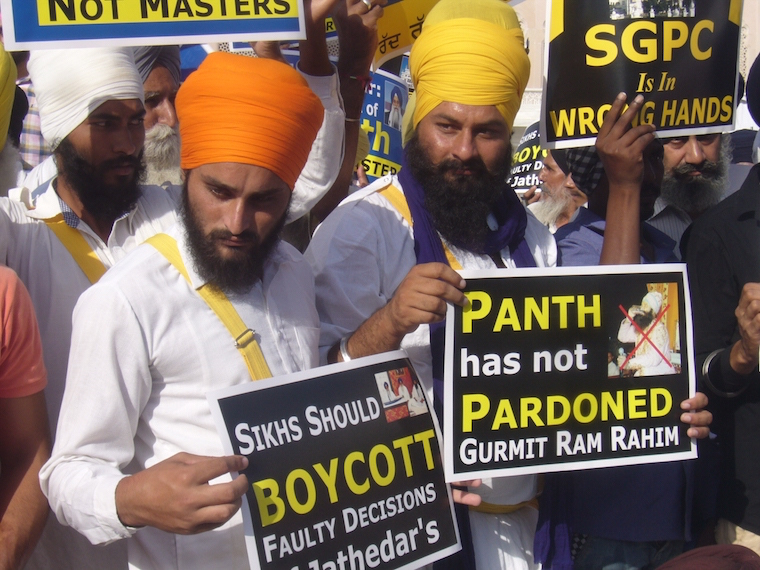 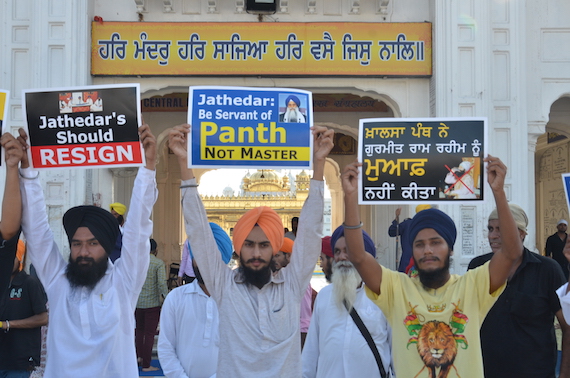 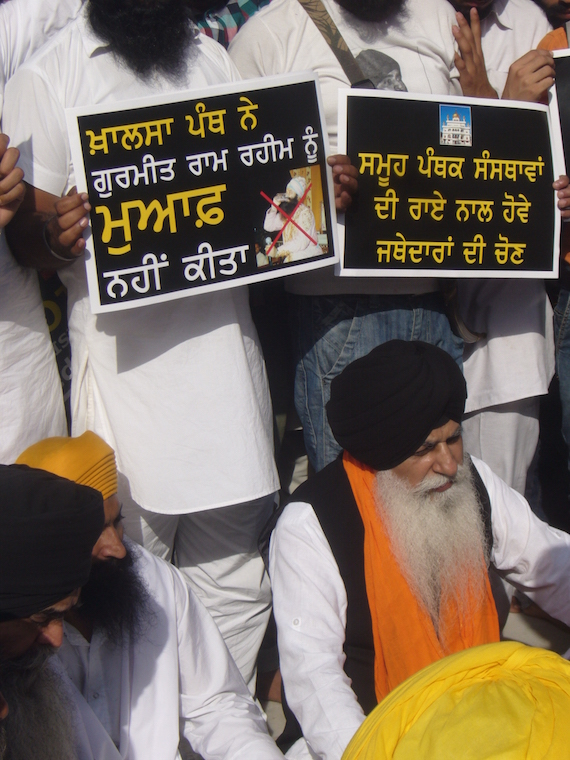 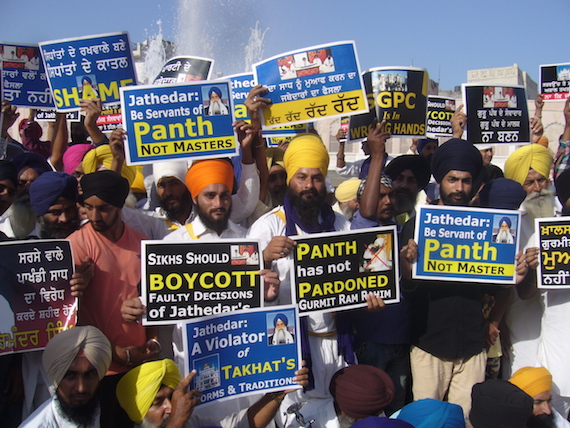