Police Raid Houses of Sikh Youth Activists; At Least One Taken into Custody

Amritsar/Chandigarh: The Punjab police today raided the house of various Sikh youth activists in Punjab. According to information the police have taken Gurjant Singh from Amritsar. He is district president of Sikh Youth of Punjab (SYP). 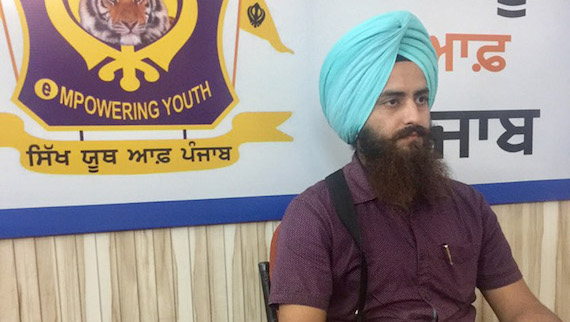 The police also raided the house of SYP president Paramjit Singh Mand who was not at the house at that time. Sikh youth activist Ranjeet Singh (Damdami Taksal) said that the police also raided his house and told him to appear before the police for questioning. Dal Khalsa leader Kanwarpal Singh said that the police conducted raids of the houses of sever other activists also. The purpose of raids was not known yet. More information is expected to come out later in the day.

It is notable that the Sikh Youth of Punjab (SYP) is active in the youth circles in Punjab and conducts educative activities such as seminars, conferences and conventions to spread awareness about issues such as drugs abuse, farmers’ issues, agriculture crisis of Punjab, right to self determination and remembrance of 1984 Sikh genocide.