Hoshiarpur: Dal Khalsa was highly critical of the police for using third degree torture on Jaspreet Singh Jassa arrested along with two other youths under various charges in the first week of August.

Dal Khalsa ex-president H S Dhami said throughout Punjab, torture was practiced systematically in police stations. He said the torture was illegal as no court or law permits the use of such “inhuman” methods on detainees as was being practiced by the state police. 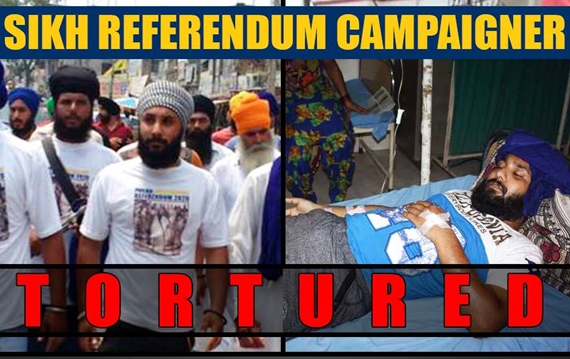 Quoting the victims family members and his lawyer from P & H High court Advocate Navkiran Singh, he said the condition of Jaspreet was critical, who is hospitalized on Saturday for treatment.

Today we met his family members and medical staff at civil hospital, who told us that he was badly traumatized and depressed, Dhami said and added that the manner in which the police have tortured Jaspreet was highly condemnable. He said whatever right or wrong he has committed, it’s for the court of law to decide.
He slammed Congress as well as Akali led successive government’s for failing to end the impunity being enjoyed by the police force and use of torture by them on detainees.