Chandigarh: Making the inroad for future reconciliation and reistating its relationship with Dera Sauda Sirsa for electoral gains for the impeding General Election of 2019 post the CBI court verdict against its chief Gurmeet Ram Rahim in a rape case against him. Health minister of Haryana and senior state BJP leader Anil Vij on Thursday demanded compensation for families of those killed in police firing to quell the violence that broke out at Panchkula on August 25. 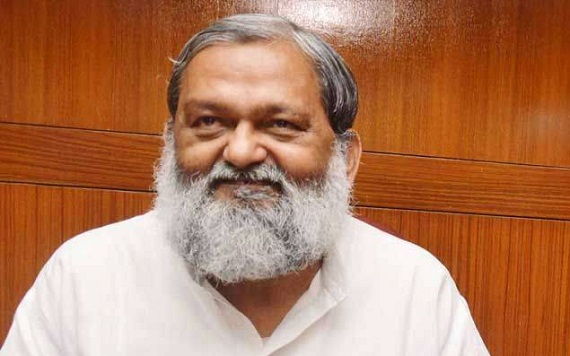 Whilst during all this time the Haryana chief minister Manohar Lal Khattar has kept mum on the issue, the media reports while quoting the party sources maintained that a section of the ministers have been mounting pressure on him for relief to kin of those killed. At least 40 persons were killed in the arson that had spread to Sirsa, the dera headquarters.

Back during 2014 State Assembly election Dera Sauda Sirsa  had openly supported the BJP in the 2014 assembly elections, paving the way for its stunning victory and the first government of the pro-hindutva party in the state.

Apparently, during his interaction with the an English vernacular Anil Vij claimed that he was making the demand on humanitarian grounds. In this context, he also pointed out that the families of those killed in the Jat quota agitation last year were given Rs 10-lakh compensation each.

“There have been precedents in the state when compensation was given to those killed in the firing. Why to have different yardsticks? ” he further adds to his statement.