Amritsar: Dal Khalsa has observed that the press freedom is under seize in Kashmir as three journalists namely Masrat Zehra, Peerzada, Gowhar Geelani have been booked under draconian law UAPA in the last 48 hours.

As the world fights coronavirus, the priorities of the state remain to target and fix Kashmiri journalists, who dares to call a spade a spade, said party president Harpal Singh Cheema. Expressing solidarity with them, he said invoking UAPA against journalists was outrageous. 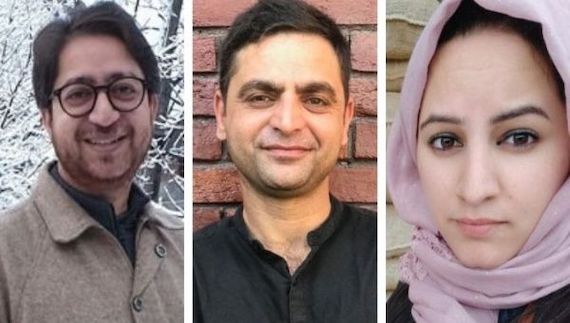 Kashmiri journalists who are recently arrested by Indian authorities

The motive of the state seems to strike terror into journalists and also to frighten others to toe Govt’s line and thinking, said he.

He said ever since the abrogation of article 370, there’s undeclared censorship on entire media. Now, the state has started targeting individuals, said party leader.

Intimidation of journalists has exposed lies of the Indian state that “everything in Kashmir is “normal.” 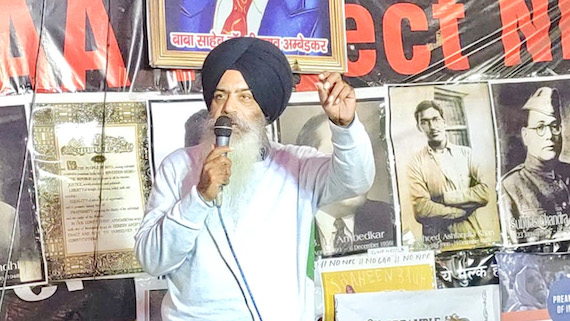 Kashmiri journalists have been the target of the Indian state in the past as well and been persecuted in jail. Asif Sultan, a journalist in Kashmiri magazine Kashmir Narrator, has been in jail for many years. Earlier Junaid Dar was detained under UAPA. Also, Kashmir Observer journalist Mushtaq Ahmed and The Print reporter Azaan Javaid were beaten-up.

He rue that by and large the civil society and civil rights defenders are maintaining silence. He asked the government to “drop all charges against three of them and to stop abusing the lockdown.

Leader of the Sikh body hailed the statement of Amnesty in which the international body has asked the government of India to not muzzle the press and drop all charges against journalists Masrat Zehra, Peerzada, Gowhar Geelani and release those, who remain incarcerated solely for exercising their right to freedom of expression and refrain from abusing its power in this time of crisis.”

He said mere statement of condemnation by Editors Guild of India wasn’t enough and urged the body to pro-actively fight for the rights and justice of Kashmiri journalists.