Process of Kartarpur Sahib Darshan Through Corridor To Be Made Public by Oct. 1

Chandigarh: An East Punjab cabinet minister Sukhjinder Singh Randhawa has maintained that by 1st of October, the Union Government would make public the process for the devotees with regard to ‘Darshan’ of Sri Kartarpur Sahib and conceding the demand of the Punjab Government the information concerning the same would be available in Punjabi on the web portal.

A release issued on Sept. 26 by Information and Public Relations Department of Punjab government said that the Cooperation and Jails Minister S. Sukhjinder Singh Randhawa called on the Secretary, Border Management, Union Home Ministry Mr. Braj Raj Sharma and took stock of the ongoing work regarding Sri Kartarpur Sahib Corridor and placed the demand for easing and putting in public domain the process to visit Sri Kartarpur Sahib. 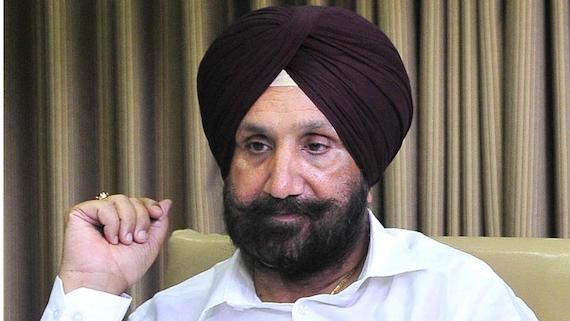 Randhawa further disclosed that the entire Punjab and the ‘Nanak Naam Leva Sangat’ is excited about the Sri Kartarpur Sahib Corridor which calls for early disclosure of the process to visit the holy shrine. To this, Sharma said that the Union Government is working speedily on the project and the process would be announced by 1st of October. Apart from this, the demand to put out information in Punjabi on the web portal to be created for applying was accepted too.

The minister also added that it also transpired in the meeting that the work on the Indian side regarding Sri Kartarpur Sahib would be completed by 31st October. He also apprised the Secretary that the State Government is organizing ‘Dera Baba Nanak Utsav’ in the first week of November for which the devotees are expected to reach before the 550th Prakash Purb of Guru Nanak Ji which necessitates completion of work by the end of October. He also expressed satisfaction over the pace of work.

The minister further said that given the expected rush of devotees to visit Sri Kartarpur Sahib, the Border Management has approved the setting up of a police station at Dera Baba Nanak to ensure security. Besides this, the discussions also centered on fire brigade and upgradation of hospital.