More than 106 representatives of Gurdwaras from across the United States participated to express their views about Demolition of statues installed in the Galiara compound near the entrance of the Darbar Sahib in Amritsar, Punjab; PTC’s claim about Gurbani Kirtan and Hukumnama Sahib of Darbar Sahib; recently enacted Citizenship Amendment Act (CAA), National Citizenship Register (NCR) and National Population Register (NPR) in India; and inclusion of separate Sikh count in US Census 2020. 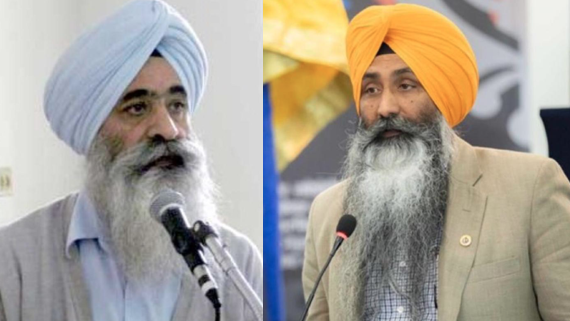 There was unanimous consent among all callers that it was a grave mistake to install these cultural statues near Darbar Sahib entrance gate and Sikh youth who attempted to correct this wrong should be commended and not arrested. The callous attitude of Punjab Government was condemned for filing a FIR under section 307 (attempt to murder) for removal of these offensive statues. It was also noted that offenders of 2015 Guru Granth Sahib sacrilege are still roaming free. Both SCCEC and AGPC promised to provide prompt legal help to the arrested youth. Both organizations expressed complete solidarity with all Sikh Organizations (Guru Granth Sahib Satkar Committee, Shromini Ragi Sabha, Dal Khalsa, Akali Dal-Amritsar) who are fighting on the ground to get these Singh’s free and are supporting their families.

The Sikh bodies also condemned PTC for claiming exclusive and ‘intellectual property rights’ over Gurbani Kirtan and Hukumnama Sahib from Darbar Sahib Amritsar, and held that PTC was guilty of beadbi, and called upon the Sikh sangat to oppose and reject the channel’s claims.

The fascist Modi-Shah-RSS combine ruling India was thoroughly condemned by all callers for discriminatory CAA, NRC and NPR. It was unanimously opined that these are the beginning steps to create a Hindu Theocracy in-line with the declared agenda of RSS to make India a Hindu Rashtra by 2025 (first centennial anniversary year of RSS). All US Sikhs were asked to join the Mega Protest in front of Indian Embassy in Washington DC and it’s US Consulates for repeal of CAA, NRC and NPR on January 26, 2020.

A United Sikhs representative, who was in the call explained the inclusion of “SIKH” as a separate race or ethnicity in 2020 US census long form. He informed that a separate code has been assigned to count number of Sikhs in USA. There is no “tick box” in the form with the word Sikh in the form. It has to be manually written in the “others races line” of the form.

Several members in the call commented that this seemingly is no different than what it was in 2010 census form. They expressed concern that not everyone is going to write manually the word Sikh and this may result in undercounting of US Sikh population.

Interestingly, while the US census is trying to count the Sikhs in USA, the Indian census 2020 or NPR has eliminated the category Sikh from the new form. The Sikhs, Buddhist, Jains are all lumped under the “HINDU” tick box thus declaring all these minorities as Hindus. There was strong condemnation of this by all callers who called Modi-RSS nexus similar to 1936 Nazi Germany nexus of Hitler-SS.

In addition all Gurdwaras were reminded about SCCEC resolution of January 2018, signed by 96 US Gurdwaras to not give any stage or speaking time to the agents of Indian establishment. Also all were reminded of the Miri-Piri concept of Guru HarGobind and establishment of Sri Akal Takht to highlight this cardinal Sikh principle.

The teleconference concluded with the voice of solidarity for Dal Khalsa- SAD Amritsar call for complete “Punjab Bandh” on January 25, 2020 to reject and resist CAA+NRC, Kashmir lockdown, Constitutional injustices and Hindu Rashtra agenda of RSS-Narendra Modi.