Punjab Govt Enhances Security Of RSS Shakhas In The State

Gurdaspur: As per the media reports the Amarinder Singh lead Congress government of Punjab have deployed additional police personnel to beef up the security cover of 900 Rashtriya Swayamsewak Sangh (RSS) shakhas across the state. The step was taken on the basis of supposed input by the Intelligence Bureau (IB). 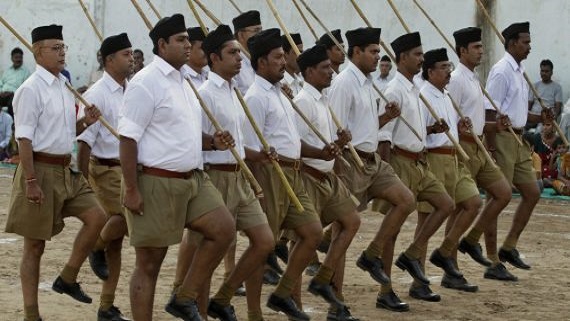 District Gurdaspur itself houses around 30 shakhas, while the neighbouring district of Pathankot has only 16 such places.

In a reported communication from the state intelligence authorities has asked commissioners of police (CPs) and SSPs to personally visit these shakhas. Large shakhas are given the priority. The communiqué has been dispatched to police chiefs based on intelligence inputs.

While interacting with the media an anonymous SSP rank official stated that ” such alerts were “routine matters”. He, however, admitted that extra security had been deployed at most of these places.

All shakhas in the city and its adjoining towns had been “well covered” (an euphemism to describe enhanced security in and around these places), Batala SSP Opinderjit Sing Ghuman reportedly said.

An RSS spokesman claimed that meetings were held in open grounds in the morning. “Police officers visit us almost everyday at the break of dawn. The security has been increased. Such things happen whenever the RSS tries to expand its base in the state, notes The Tribune (TT).