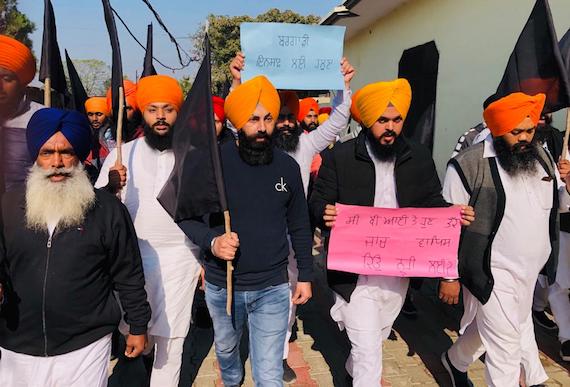 AFSO has announced to stage protests outside the houses of Punjab ministers and Congress party MLAs who had promised to take strict actions against culprits of beadbi of Guru Granth Sahib at Bargari and other nearby villages, and also the police officials responsible for Saka Behbal Kalan in which two Sikhs were killed in police firing. 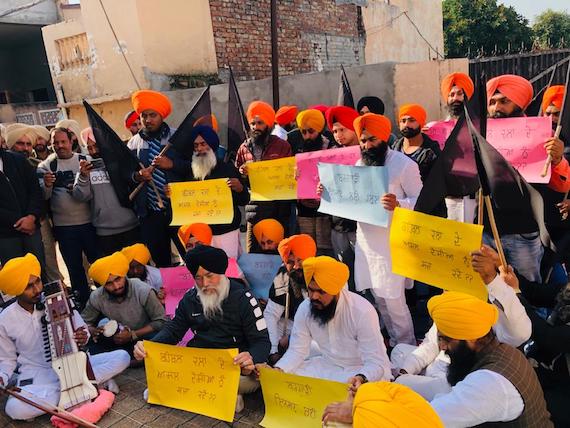 A 51 member committee of AFSO led yesterday’s protest dharna outside Sukhjinder Singh Randhawa’s house. The minister decided to sit alongside the protesters, claimed that he agreed to what the protesters  were saying.

Speaking on behalf of AFSO Sukhdev Singh Phagwala said that he asked straight forward questions to Sukhjinder Singh Randhawa about the Congress government’s failure to bring the culprits of beadbi and Saka Behbal Kalan cases to justice. He said that the minister admitted to the failure of the government and assured them that he would soon meet the Punjab Chief Minister and raise these issues with him. 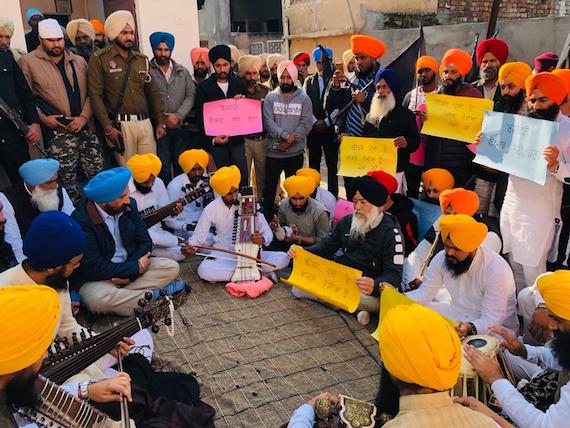 A report in The Tribune quotes Sukhjinder Singh Randhawa saying “The CM rarely meets people. We do meet them and hence we are forced to listen to their jibes and taunts which are directed at us. I agree, we have failed to arrest the perpetrators of the Bargari sacrilege and Behbal Kalan firing incidents. I fully endorse the views of the people sitting with me”.

Sukhjinder Singh Randhawa was one of the most vocal critics of the Parkash Singh Badal government when the Bargari and Behbal Kalan incidents took place. The minister was presiding over a meeting of senior officers at his residence when the protesters laid siege to it, notes TT.