NewDelhi: The Delhi Police here today filed its status report before the Metropolitan court here in connection with its enquiry into a criminal complaint filed against Delhi Chief Minister and Aam Adami Party (AAP) leader Arvind Kejriwal, his brother-in-law and a government official in the alleged PWD scam.

As per media sources the report said that the enquiry was in progress into the allegations of irregularities in granting of contracts for the roads and sewer lines here and the investigating agency has sought more time to conclude it.

Delhi Police’s Economic Offence Wing (EOW) filed the status report before Metropolitan Magistrate Abhilash Malhotra, who was on leave today. Now the matter will come up for hearing on March 8. 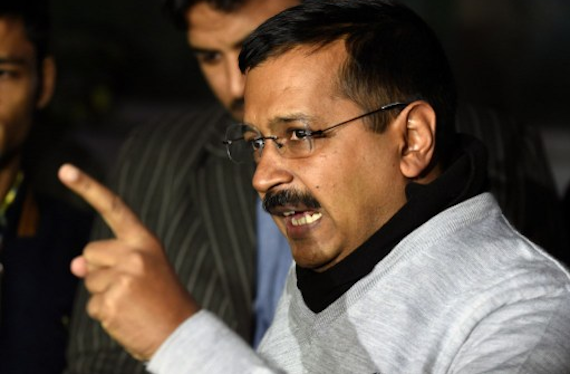 The court was hearing the complaint seeking direction to police to lodge an FIR against Arvind Kejriwal, his brother-in-law Surender Bansal, proprietor of a construction firm, and a public servant for alleged irregularities in grant of the contracts for the roads and the sewer lines in the city.

While quoting the police report the media further said that “during the course of enquiry, notices were served to Surinder Bansal and two others – Kamal Singh and Pawan Kumar – for want of information/documents and they have joined the enquiry and sought time to furnish the details.”

“After obtaining the reply from the concerned persons the same will be analysed with the documents supplied by the PWD department. Further enquiry is in progress. It is requested some more time may be given to finalise the enquiry,” said the report, filed in pursuance of the court’s direction.

Moreover, the court had earlier directed Delhi Government’s Public Works Department to preserve the records relating to award of the contract to Surinder Bansal’s firm.

Apparently the plea was filed by the founder of Roads Anti-Corruption Organisation (RACO), in which Arvind Kejriwal, Surinder Bansal and the public servant were accused of corruption and an FIR was sought to be lodged against them for alleged offences including cheating, forgery and criminal conspiracy under the IPC.

Advocate Kislay Pandey, who filed the plea on behalf of the complainant, has alleged “deep-rooted corruption” and said the documents showed no material was actually purchased for executing the projects.

He further alleged that the complainant alleged documents showing purchase of material were “concocted and forged”, and a loss of over Rs 10 crore had been caused to the public exchequer.