Chandigarh: In an unprecedented move the Reserve Bank of India (RBI) on Monday announced that it will transfer around Rs 1.76 lakh crores (1.76 trillion) to the government this fiscal.

As per the media reports, the transfer includes ₹1.23 trillion of surplus for 2018-19 and ₹52,637 crore of excess provisions identified as per the revised Economic Capital Framework adopted at the meeting. The higher surplus is due to the long-term forex swaps and the Open Market Operations conducted by the central bank over the last fiscal. 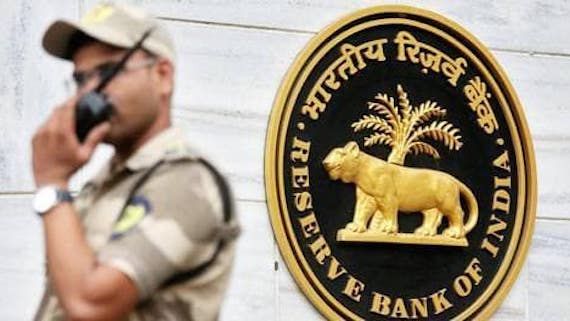 This decision was taken after the RBI agreed and approved the recommendations made by the Union Government appointed six-member panel headed former  RBI governor Bimal Jalan. The additional amount of ₹86,000 crore that the government will receive this year above its budgeted ₹90,000 crore as transfers from RBI could be either used to provide fiscal stimulus to a sagging economy, reduce off-balance sheet borrowings or meet the expected shortfall in revenue collections.

Apparently, as reported by an English vernacular, the Jalan committee defines economic capital as a combination of realized equity and revaluation reserves. RBI’s realized equity, which is a form of contingency fund for meeting all risks/losses primarily built up from retained earnings, currently stands at 6.8% and the Jalan committee recommends it to be in the range of 6.5-5.5% of the balance sheet. Keeping these recommendations in view, the central board has decided to set the realized equity level at 5.5% of the balance sheet, while transferring the remaining excess reserves worth ₹52,637 crore to the government.

Livemint quotes former chief statistician of India Pronab Sen saying that “Jalan committee has given a range of 5.5-6.5% for Contingent Risk Buffer. My worry is all governments will work at the lower range of 5.5%, like they have done it for this year. It does not give RBI very much space to manoeuvre. Keeping RBI at the rock-bottom level is not a sensible idea, but I am afraid that is what is going to happen.”

The central board has also decided to set the economic capital level comprising the contingency fund and revaluation reserves as on 30 June at 24.5-20%.

Furthermore, the media reports stated that “As financial resilience was within the desired range, the entire net income of ₹1,23,414 crore for the year 2018-19, of which an amount of ₹28,000 crore has already been paid as interim dividend, will be transferred to the Government of India. This is in addition to the ₹52,637 crore of excess risk provisions, which have been written back and consequently will be transferred to the government.”

While majority has welcomed this decision of so-called revitalisation of the Indian economy, the economic experts have totally different take on this subject.

As per the report published in Business Line, the payout given by the RBI is out of its Contingency Risk Buffer (CRB) which typically is maintained by every country’s central bank in order to meet future financial emergencies. RBI has given a part of profit the Union government as a bailout package.

This means that earlier (till 2018) CRB was 6.5 percent of RBI’s total assets. After the payout it will erode to 5.5 percent, this will reduce the room for future manoeuvres and payouts in case the present economic slowdown persists. Moreover it is also likely to badly hit the credibility of the RBI in the foreign market and question its stability. It is also being rumoured that these radical steps has been a major reason for the early exit of former RBI Governor Urjit Patel additional Deputy Governor Viral Acharaya.

Moreover, with credibility and stability of the RBI being eroded, it may further exacerbate into foreign investors both in form of individual and companies to desist themselves from further investing into the Indian economy as it might lead to a question mark on future return aspects on their individual investment.

With demand and consumption in the economy all time low, with the sudden influx of such a huge amount of liquidity may also lead to increase in the inflation and ultimately depression if the union government decides to superficially boost the demand in the economy. Even before Patel, Former RBI Governor Raghuram Rajan had warned that any such transfer would lead to a decrease in RBI’s credit rating.

It seems like the Union of India is heading towards the same economic condition that prevailed in the Soviet Union during its concluding decade. Soviet adventure in Afghanistan from 1979-1989 and faulty economic policies drained the Soviet economy off its liquidity, foreign reserves and further commodity investment which ultimately rendered its state machinery to keep a hold on its revolting republics.