NewDelhi: The Shiromani Akali Dal (Badal) has attempted to control the damage done by it’s political ally Bhartiya Janta Party (BJP) by openly claiming partnership in the Delhi Sikh Gurdwara Management Committee (DSGMC). The demand has its roots in the DSGMC election that took place earlier this year, on the basis of the result of this election the BJP leaders claimed that five wining members of the committee had won from their party’s ticket quota.

Issuing a written statement yesterday, the SAD (Badal) controlled DSGMC maintained that 4 out 5 above named members have declared themselves as loyal to Shiromani Akali Dal (Badal). 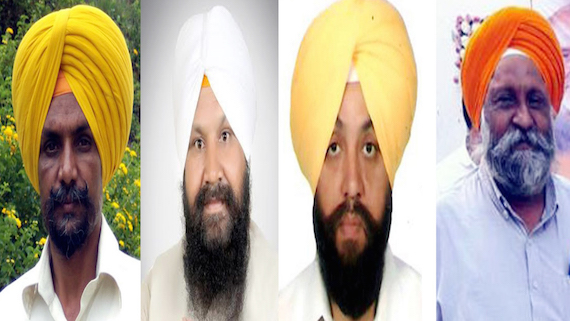 The DSGMC statement issued yesterday maintained that those members had received direct tickets from SAD (Badal) for the DSGMC elections that took place in February 2017.

As per the statement the DSGMC members Nishan Singh Mann, Swaran Singh Brar, Bhupinder Singh Bhullar and Atma Singh Lubaana here on Sunday (October 16) while talking to the media in a press conference owed their allegiance  to the SAD (Badal) and rejected the earlier statement issued by the BJP leaders.

Last, week the Bhartiya Janata Party (BJP) had asked its ally SAD (Badal) for direct participation in the next Delhi Committee elections and demanded its share of seats accordingly. The statement of these aforesaid members of the committee in which they have claimed that they were given tickets from the Badal Dal quota and that too by SAD (B) chief Sukhbir Singh Badal and DSGMC chief Manjit Singh GK is believed to be issued on the directives of SAD (B). It is seen by many as damage control exercise initiated by the Badal Dal.

Additionally, the members reportedly said that the claims made the BJP that it was due to their lobbing and vouching for them that they got the election tickets is completely baseless and misguiding. They added that the alliance between BJP and SAD (Badal) is for fighting political elections and not for the elections pertaining to Sikh religious bodies.