Faridkot/Chandigarh: The Special Investigative Team (SIT) formed to investigate police firing incident at Behbal Kalan has arrested a lawyer named Sohail Brar, who is accused of fabricating bullet marks on a police escort vehicle in the Behbal Kalan police firing case. According to the SIT, the police had fabricated the incident to firing on police Gypsy to forge a story that the police had opened fire in self defence.

As per reports arrested accused Sohail Brar was produced before the Judicial Magistrate, First Class, (JMIC) Faridkot, on Wednesday (June 17). 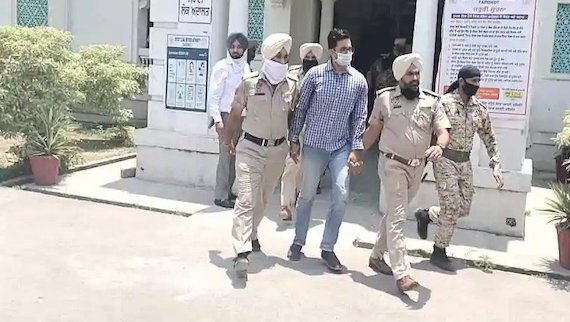 The court sent him to five-day police custody after the Special Investigation Team (SIT) averred that his questioning was necessary to dig out the names of all conspirators in the case.

According to media reports, as per the SIT Sohail Brar had allegedly helped the police in creating fake bullets marks on pilot Gypsy vehicle of former SSP Moga and prime accused Charanjit Singh Sharma, so that the police could create an alibi for self-defence.

SIT says that using a private .12 bore gun, these bullets marks were made by a SP Bikram Singh at the house of Brar in Faridkot on October 14, 2015.

Notably, the police are mainly relying on the plea that they had opened fire in their right to self defence.