Faridkot, Punjab (April 22): Hearing in a case related to Saka Kotkapura 2015 was adjourned to June 10 by a Faridkot court on Monday (April 22). It was in this case former Moga SSP Charanjit Sharma and suspended IG Paramraj Umranangal were arrested.

After booking on an attempt-to-murder charge, the Punjab police SIT investigating the case had arrested Paramraj Umranangal on February 18 from the Punjab Police headquarters in Chandigarh. 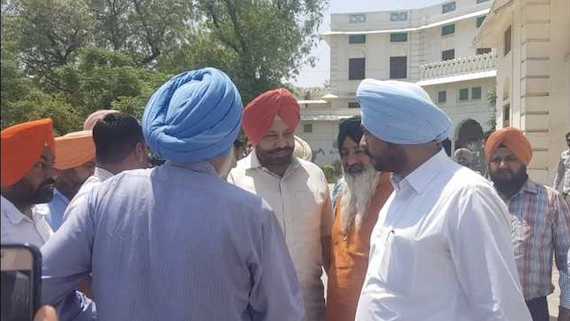 He was granted bail by the District and Sessions Judge, Faridkot, on March 11. He got relief four days after the Punjab and Haryana High Court had directed the state government and the SIT to give a seven-day prior notice arrested him in of the case related to 2015 beadbi incident.

In this case, former Moga SSP Charanjit Singh Sharma has been in jail since January 27.

While the state government has already challenged the relief to Paramraj Umranangal, it also wants to curtail chances of default bail to the former Moga in the Behbal Kalan police firing incident.