Ludhiana: As the debate over Nationalism looms up in the Indian subcontinent and BJP led NDA government terming ‘nationalism’ as an ‘ideological war’, a discussion forum called Samvad has announced to host a seminar on “Nationalism in Contemporary context”.

The Seminar will be held on April 9 (Saturday) from 11 am to 2 pm at Punjabi Bhawan, Firozepur Road, Ludhaina.

According to a release by Samvaad, historian S. Ajmer Singh and youth scholar S. Jagpal Singh will deliver their lectures during this seminar. 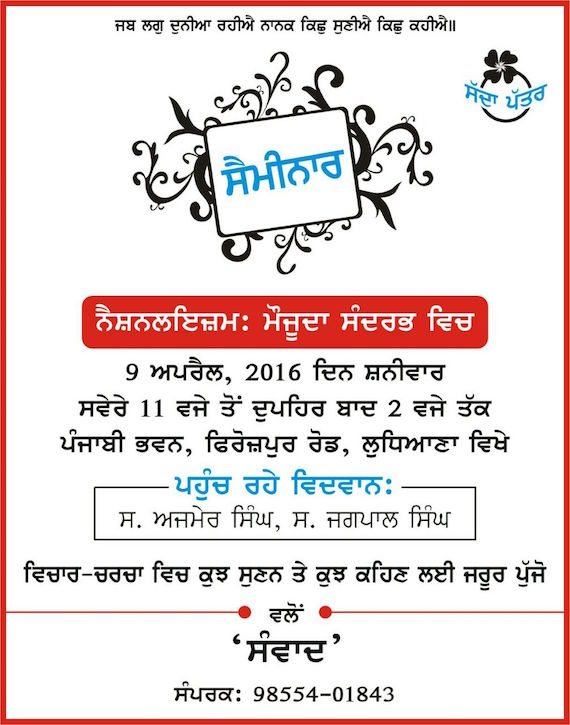 Samvad to Hold Seminar on Nationalism