Amritsar: The Shiromani Gurudwara Parbhandak Committee (SGPC) has announced to build a memorial in the memory of ‘Dharmi Faujis’ – Sikh soldiers in the Indian army who had rebelled from Army after Indian forces invaded the Darbar Shaib and other Sikh Gurdwaras in Punjab and adjoining states in June 1984.

SGPC had recently decided to set up a Shaheed Gallery in the memory of Shaheeds of June 1984 Ghallughara in the basement of Gurdwara Yadgaar Shaheedan in Dabar Sahib Complex. 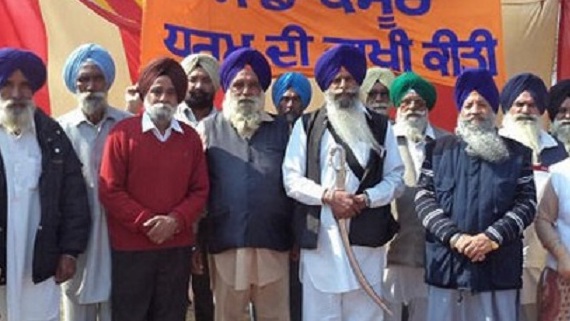 In a written statement issues on Sunday, the SGPC chief Kirpal Singh Badungar said: “We have decided to establish a memorial for those Sikh armymen who were killed for leaving their army units in protest against Operation Blue Star. A resolution in this regard will be passed on July 28.” “Martyred Dharmi Faujis are respected for community and their families have suffered a lot. This memorial will be like a balm for them,” said Badungar.

Many Sikh soldiers had quit their barracks as soon as the Army began attacked the Dabbar Sahib in June 1984. Some of these soldiers attained martyrdom while trying to reach the Darbar Sahib. Many others who survived quit the job.