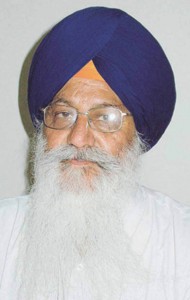 Fatehgarh Sahib, Punjab: With the BJP getting absolute majority in the Haryana Assembly, the Shiromani Gurdwara Parbandhak Committee (SGPC) has decided to urge the Haryana Government to review the Act passed by the previous Congress government for the formation of a separate Gurdwara management committee.

SGPC president Avtar Singh Makkar said, “Although the case in that regard is pending in the Supreme court, we will try to convince the BJP government to review the move of the previous Congress government to divide Sikhs”.

It is notable that the Hindutva political wing has secured clear majority in recently held elections in Haryana.