Amritsar: The Shiromani Gurdwara Prabhandak Committee (SGPC) today proceeded with its decision to accommodate Giani Gurbachan Singh to read out message to the Sikh Panth during June 1984 Ghallughara Samagam from Akal Takht Sahib. As expected the decision triggered strong opposition from the Sikh sangat. As soon as Giani Gurbachan Singh stood up to read the message, the Sikh sangat present at Akal Takht Sahib registered strong protest against him. 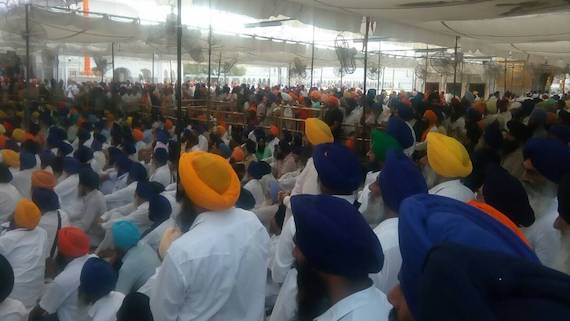 Giani Gurbachan Singh, however, read out his message amidst protests. Parallel Jathedars, who were appointed by the organizers of 11 November 2015 Panthic gathering at village Chabba, held a seperate stage in the front of Akal Takht Sahib and they delivered their message there. 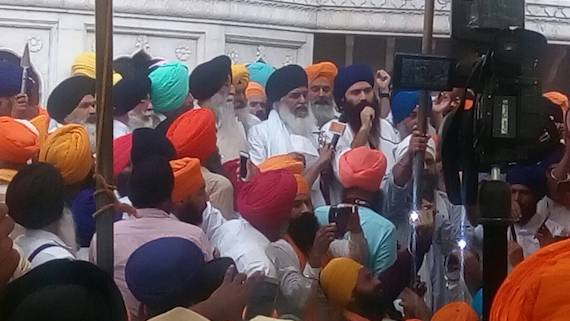 Though there were protests against Giani Gurbachan Singh’s message, no clash took place (till the time of writing this report) this year. 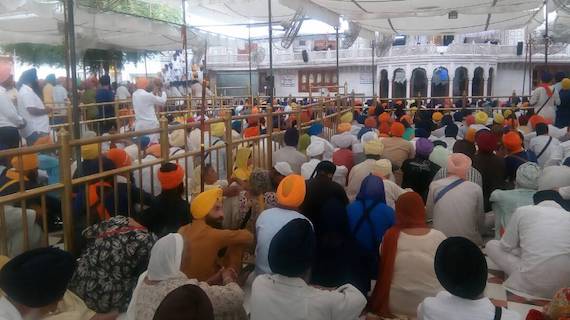 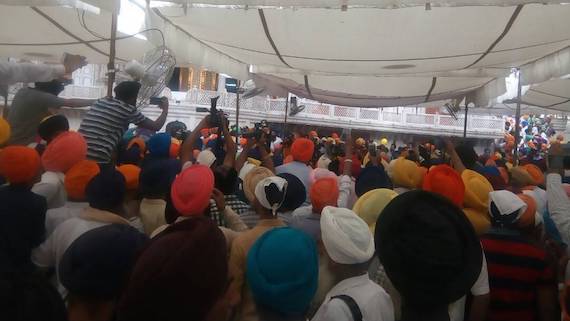 Whereas a large number of Sikh organizations and a large section of the Sikh masses does not recognise Giani Gurbachan Singh as Jathedar anymore, the Shiromani Akali Dal (Badal), its’ supporters and Sikh bodies controlled by SAD (Badal) such as SGPC and DSGMC are still backing Giani Gurbachan Singh.